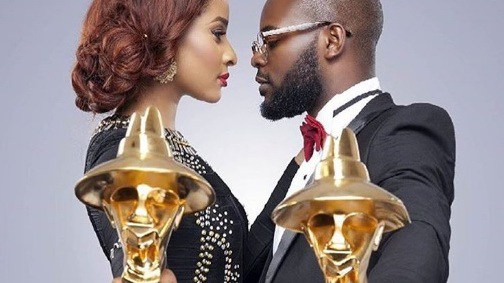 Reactions have been pouring in since the organisers of the 2016 Headies announced the duo of Falz The Bahd Guy and actress Adesua Etomi as host.
Followers of the award have described the 2016 hosts as a good pairing. Favourable reactions have been coming the way of Falz The Bahd Guy, as the general conclusion is that he will be a massive success at the award.
Headies 2015 was the 10th edition of The Headies Awards. It held on January 1, 2016, at the Landmark Events Centre in Victoria Island, Lagos. Themed ‘Flip The Script,’ the event was hosted by Bovi and Kaffy.
It will be remembered as the edition which witnessed a war of words between Mavin boss, Don Jazzy, and Olamide over the actual winner of the Next Rated Awards won by Don Jazzy’s prodigy, Reekado Banks.
Already, artistes such as Solidstar, Tekno and Yung6ix have already criticised the 2016 nomination list released by the organisers.

Reasons Calabar International Carnival should be on your priority list