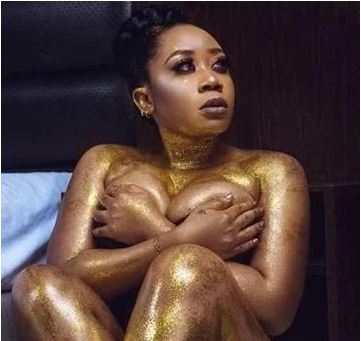 Actress, Moyo Lawal, has reached her all time highest in a scale of controversy.

Having been spotted in controversial situations and wearing near nude clothes, the thespian’s latest action is her highest.

Reactions are currently pouring in over her new campaign for a cosmetic product. While the name of the product is yet to be unveiled, there are already question trailing Lawal.

Question such as what was she thinking and how much she was paid has been asked.

This is perhaps the first time that a Nigerian actress will pose in this manner for a product. What will be the actress controversial next action is the question playing on the minds of her fans and critics? 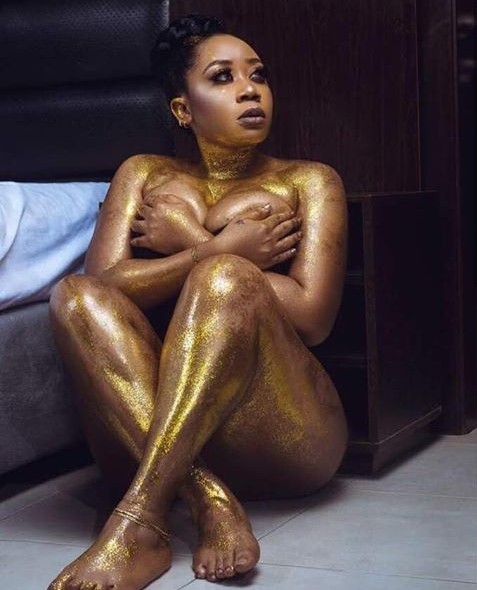 FOR THE SAKE OF OUR SON: Tonto Dikeh, Olakunle Churchill Come Together