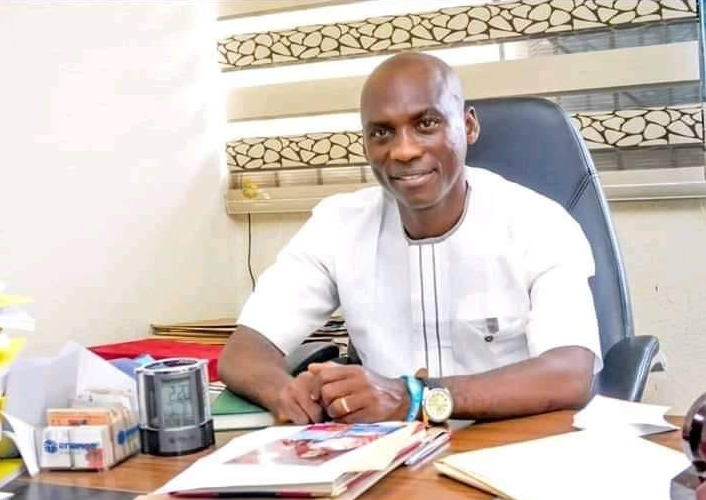 A member of the Redeemed Christian Church of God (RCCG), Living Word Parish, Basin Road, in IIlorin, Kwara State has been shot dead.

The man identified as Bayo Sina Babarinde, an estate agent was shot dead by gunmen during Sunday service on Sunday, October 17.

Babarinde reportedly stepped out of the church to receive a phone call when his assailants rained bullets on him during the 7: am service of the parish.

Spokesperson of the State Police Command, Okasanmi Ajayi, who confirmed the incident to Daily Trust on Monday night, said investigation was ongoing to arrest the perpetrators.

“He was called on phone during the service as he walked out of the church to receive the call. The sound of gunshots rend the air, which drew the attention of the congregation,” Okasanmi said.

“As at the time the congregation got out of the church to see what was happening, it was discovered that the estate agent was already in the pool of his blood. It was discovered that he was shot in the head. The shells of the bullet used in killing the deceased have been recovered and the corpse has been deposited at the University of Ilorin Teaching Hospital (UITH) for postmortem

“People should not entertain any fear as the police and other security agencies are working towards unraveling the situation surrounding the incident towards arresting the perpetrators and ensuring that the security of lives and property of our people are well protected.”

The PPRO said that men of the Nigeria Police have already been deployed to strategic places in the metropolis, including worship centres, to prevent such reoccurrence assuring residents to go about their lawful businesses.

He also said that men of the Nigeria Police have already been deployed in strategic places in the metropolis, to prevent such reoccurrence.

Meanwhile, a tribute to the deceased written by Hon. Adekunle Abdulkabir Akinlade said that the killers were said to have called him out of the church.

Read the tribute below:

Bayo Babarinde, yours was a very fulfilled life despite the numerous challenges. Although, I didn’t know much of your early life, reflecting on our first meeting at Yewa High School Ajilete, Ogun State in 1987, it will be safe to say that all odds was against you like many of our contemporaries

You were always full of life, you offered friendship with an open mind, you spoke your thoughts as you saw it. Out of sheer grace, a few of us made it out and you went on to study at the University of Benin while I went to the Lagos State University

Our path crossed again in 2007 while I was putting a team together for my company and in your selfless nature, you offered to relocate to Ilorin with your family with the view to stabilize our operations in Kwara State

For the last 34 years, you held up your end of the rope until the cold hands of death forced you to drop it on Sunday 17th October, 2021. Most painful for me is the fact that you departed this world on the same date that I lost my mother 24 years ago

My dear brother, I take solace in the fact you grew closer to your creator to the very end and it is also symbolic that your killers were said to have called you out of the church. I still can’t process the shock and pain your young family will be going through now, to think that you all left home that faithful sunday morning to worship God and they returned without you

Regardless of the motive or justification if any, no one deserves to die the way you did. I will miss you my dear brother and friend, Adieu, Bayo Babarinde. 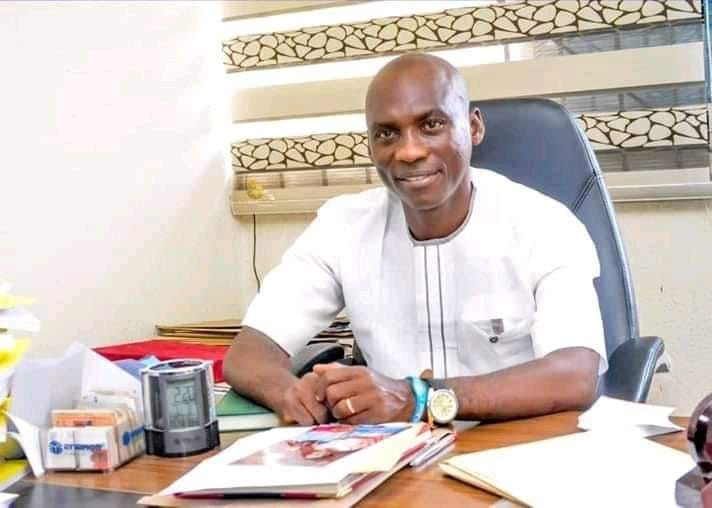 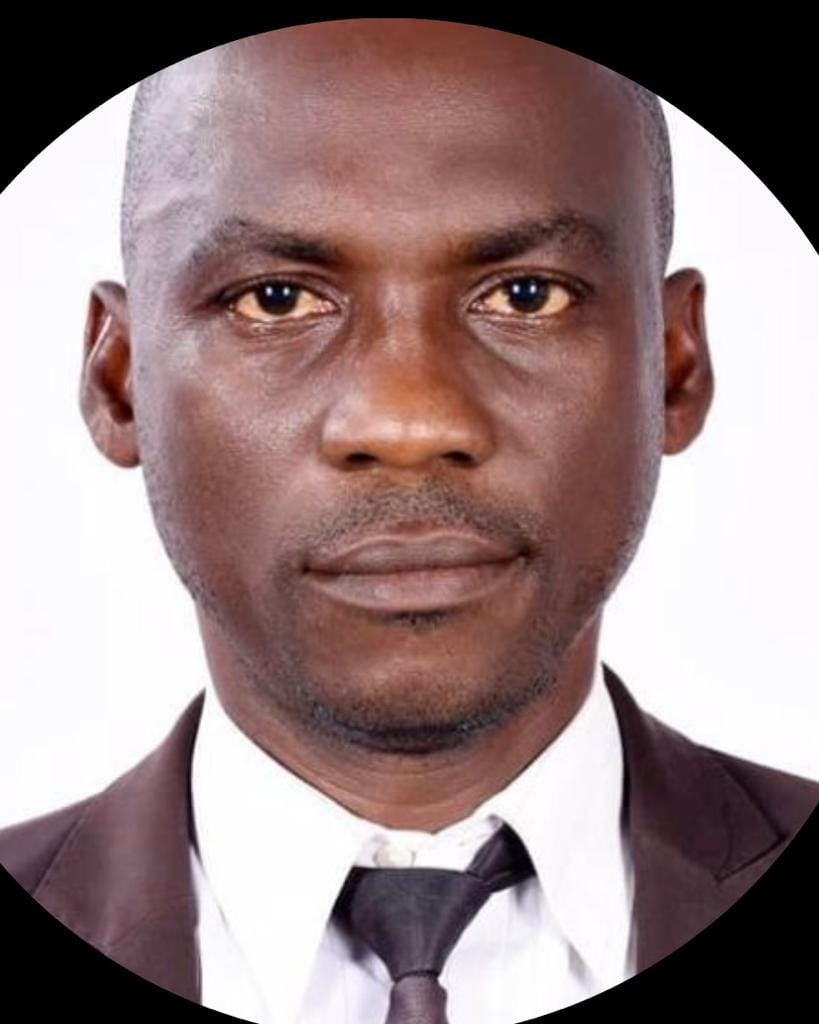 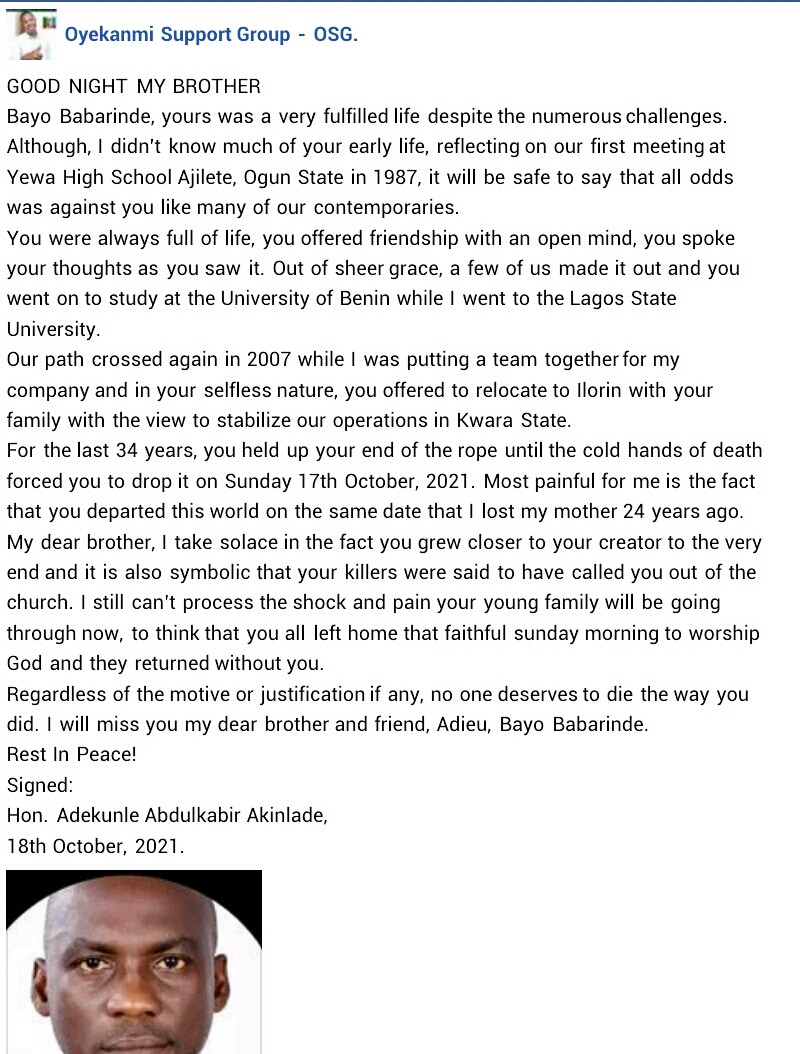 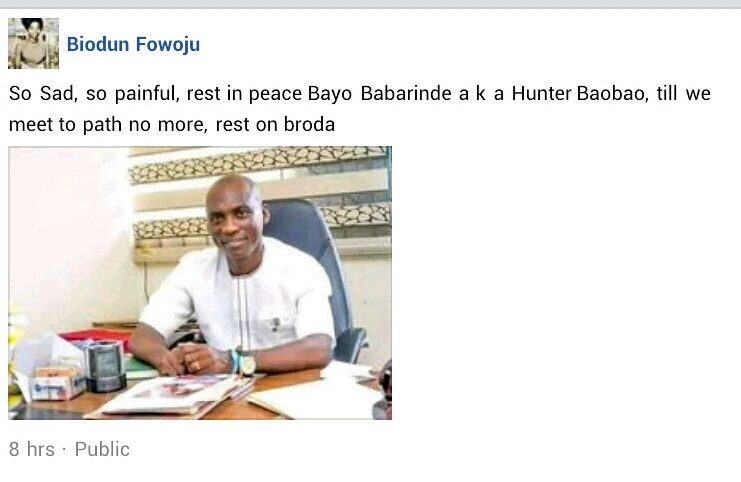