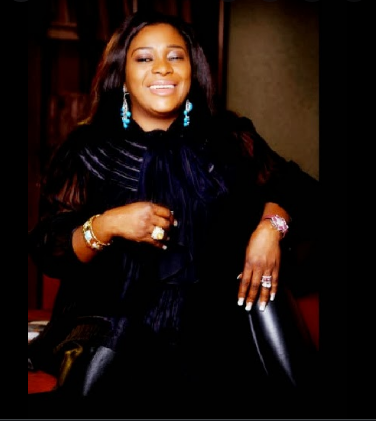 The death of the founder of Victorious Army Church, Apostle Joseph Agboli came to many as a rude shock when it was announced on 25 August 2021 that the gentle man of God was no more.

Shortly after, the first rumour that was rife was where the man of God actually died. Some said he died in London, while others claim he died in America, but they were just speculations as he actually died in Nigeria.

But like a thunderbolt, another wicked rumour was spreading in town that his wife of many years, Prophetess Blessing Agboli, popularly referred to as Mama, killed her husband.

This wicked rumour, according to sources, allegedly emanated from Apostle Agboli’s family member, who is identified as Theresa.

However, investigations by this magazine shows clearly that the rumour is a lie from the pit of hell by Theresa, who is a half sister to Apostle Agboli.

According to a reliable source, the late Agboli and his wife were married for 28 years and during this time, they were madly in love with each other to the extent that they were inseparable.

The source went further that the couple run joint bank accounts, and those who know them together are aware that they don’t have any domestic staff at home, as Blessing usually cook and wash the clothes of her husband. During these years, they have no driver, as Blessing drives her husband wherever they were going.

It was further gathered from the source that “it is only a mad person that will be peddling such wicked rumour because she didn’t kill the man. She didn’t kill him when they were struggling to build a future together, and when the church was growing over the years. Is it now that she will kill him? What will be her gain after having five children together and their ministry is growing, winning souls for God?” He asked rhetorically.

Another source said the person behind this wicked rumour, Theresa is simply suffering from unnecessary and unguarded jealousy. “This is a woman that was allegedly banished from her father’s compound and village, Ogwashi-Ukwu in Delta State after being accused of plotting to kill their elder brother, Fidelis and allegedly crippled her husband and left him.

“To make her matter worst, she has never set eyes on Apostle Agboli since 28 years after he married, because she never believed he would be successful in life,” the source added.

To puncture her lies and exonerate Blessing Agboli, Apostle Johnson Suleiman in a viral video, told Theresa during a prophetic message in his church that Blessing didn’t kill her husband, and urged all the deceased families to apologize to her.

“I saw three deaths… One of them is a general, a powerful servant of God. This one could not have been killed by a human being. He’s too powerful to be killed by human. I see it in the spiritual realm that he had a heart problem. There are controversies. Some people are saying his wife killed him. If his wife killed him, who killed the other two? Your people need to apologize to this woman because she is feeling pain,” Apostle Suleiman said in the viral video.

Our source also alleged that two of Apostle Agboli’s siblings; a male and a female died few years back but the Agboli families didn’t do anything to support the late man of God in taking care of them. Rather, they claimed they were not of the Agboli’s family.

He further disclosed that “why are they now asking after late Apostle Agboli? Is it because of his money?”

This magazine further learnt that nobody has even asked after the children of the deceased.

“Perhaps they didn’t know that the Apostle was preparing for the wedding of his first son, and the woman would be so stupid to kill him,” the source added.

During a sermon in one of the church’s Sunday services, Blessing Agboli told the congregation that there was a particular sister of her husband who she brought from the village, who got married sometimes in July, precisely a month before the death of her husband. She narrated how the family married her out in marriage without telling Apostle Agboli and that they didn’t bother to give him anything from her dowry, not even a common bottle water.

Blessing Agboli further stated that she used to be the one taking care his family by sending them to good schools, setting up businesses for them, but because they squandered everything, they claimed he didn’t do anything for them.