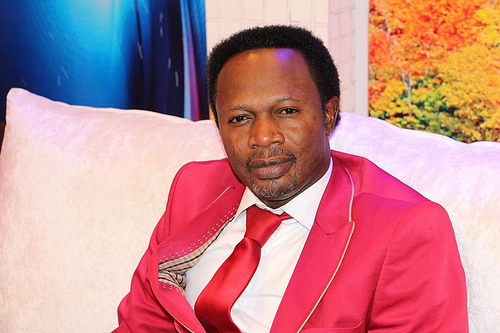 Interestingly, one of the major prophecies of popular Abuja based Prophet, Bro. Joshua Iginla for 2018 has been confirmed. The internationally acclaimed prophet  predicted   thrice about the gales of defections rocking the major Political party in Nigeria, APC.
The clergy who is noted for his prophetic prowess and confirmation was on record to have been the first person to accurately warned him about the crises rocking his government.
On the 2nd of April, 2017 during a live service at champions Royal Assembly in Abuja, God’s servant while speaking prophetically about the political events that will unfold in 2018, he said we should pray for our country that a lot of political drama would unfold in the month of May,  June, July and August.
Secondly,  on the 7th of January, 2018 he specifically revealed that there will be massive defection from the ruling party and that alot of people will leave the president.
“In my vision, I saw his Excellency our great president in a big boat surrounded by men. They were sailing with him and when they got to the middle of the sea in this vision, there was a big temptest and the ship was shaking and I saw those around him who are supposed to help him put on life jacket and left him”.

“God said I should say to him, there are so many judases , betrayals and snakes around him. , They want him to fail, and they are already planning for him to sink.
if you will ask what the mind of God is, please, leave 2019 for another person.
God has used his Excellency to do wonderful things in the country. He has fought corruption than anyone has done. He has fulfilled his agenda.  if you ask me Mr President….the judases around you cannot make you to fulfil the remaining mandate. They will leave you In the midst of this boat, whether you don’t believe me, this is the mind of God.
How do you survive when you have so many judases , you have so many snakes. I’m not a politician, I’m a messenger of God, what I see is what I will say’’.
Again on the 9th of April 2018  while ministering live, the Man of God explained clearly the political drama that will unfold in APC.
He said the ship of of the Ruling party will soon Rock and that it will rock very high. He stated categorically that will rock until it becomes scanty and that attempt at reconciliation will not be effective.
Furthermore,  he predicted that the main arrow head who is like a political icon in the party will step aside and decamp with several followers joining him. He warned that they should not despise him else he will set everything on fire..
And true to his word, APC is currently swimming in series of crises as many top politicians are abandoning the President’s boat (APC) by defecting to other parties . The major one is the mass defection in the Senate, House of Assembly and some governors  amongst whom are the Senate President,  Bukola Saraki, Gov. Samuel Ortom of Benue, Aminu Tambuwal of Sokoto and  Abdulfatah Ahmed of Kwara state.
Watch video below:
https://youtu.be/eUnjTCN5CdA
Post Views: 691

2019: Obasa Urges Electorate To Obtain PVCs; Says It’s Their Only Access To Vote For Credible Leaders