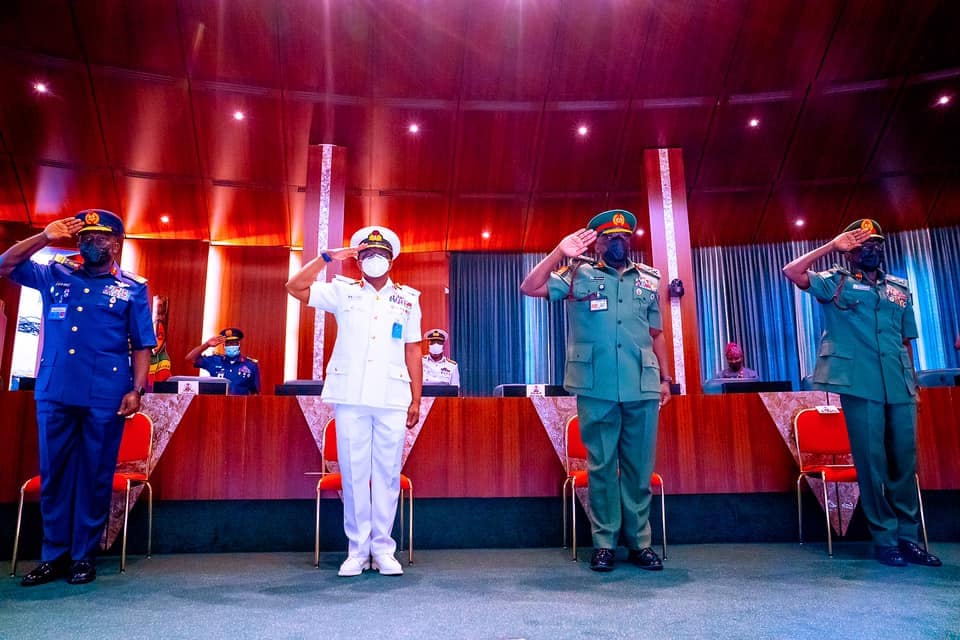 President Muhammadu Buhari has ordered the Service Chiefs and other security and intelligence agencies to put an end to the activities of bandits and kidnappers in the country.

This was disclosed by the National Security Adviser (NSA), Major-General Babagana Monguno, after a security meeting chaired by the Nigerian president in the State House, Abuja.

The meeting held just before president Buhari departed the country for a routine medical examination in the United Kingdom.

According to reports, the president also warned the security chiefs that a situation where criminals dictate the pace of security events in the country should be ended immediately. He also ordered them to be proactive.

Monguno added that President Buhari also insisted that all the decisions approved at the recently held National Security Council meeting remain in force until further notice.

The decisions included a ban on mining activities in Zamfara and the no-fly order imposed on the state. Buhari was said to have instructed the armed forces to be more proactive rather than reactionary.