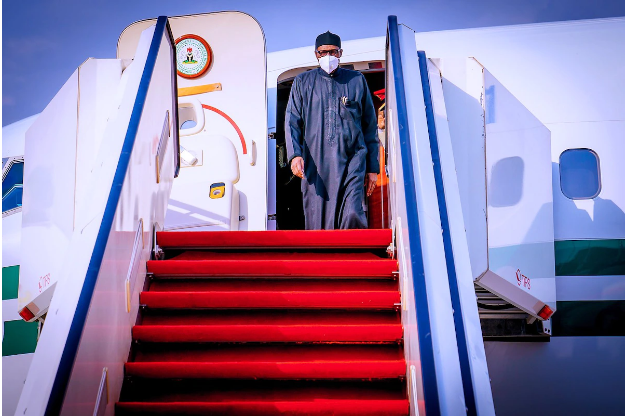 President Muhammadu Buhari has left Nigeria for Senegal where he will attend the 2nd edition of the Dakar International Conference on Agriculture.

According to a statement by Femi Adesina, Special Adviser to the President on Media and Publicity, the high-level Dakar 2 Summit hosted by President Macky Sall of Senegal and the Chairperson of the African Union is holding under the theme “Feeding Africa: Food Sovereignty and Resilience.”

The conference, which seeks to create favourable conditions for achieving food security in Africa, is convened jointly by the government of Senegal and the African Development Bank (ADB).

President Buhari is expected back in the country on Wednesday, January 25.