Senator Uba Sanni has debunked claims that President Muhammadu Buhari has signed a bill for the creation of Zazzau State.

In a statement released this afternoon, Senator Ubani said the rumor mongers claimed he co-sponsored the bill for the creation of the state.

He described the rumor as ”concocted, subversive, malicious & false information”. 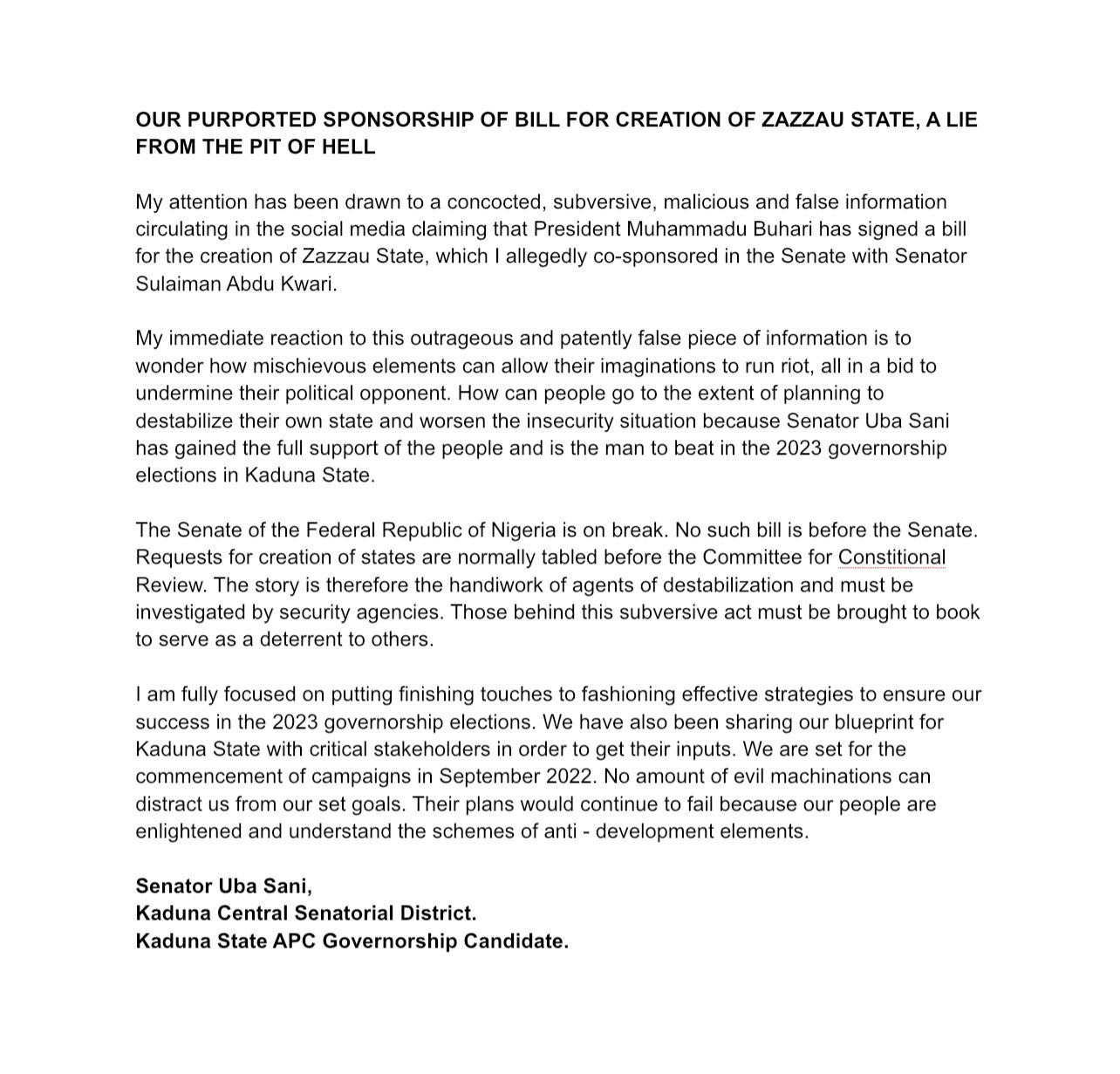