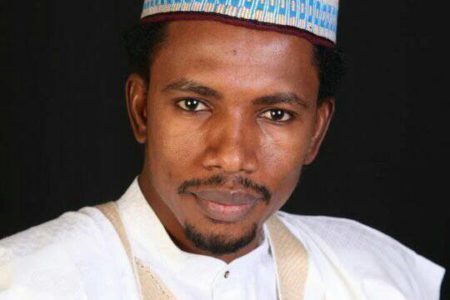 A power drunk Nigerian senator is in the news for assaulting a woman at an adult shop in Abuja.

Senator Elisha Abbo, representing Adamawa North Senatorial District, descended on the woman after she pleaded with him not to physically assault the shop owner whom the senator had accused of insulting him.

According to him, his grouse for assulting the woman was because she called him a drunk.

PREMIUM TIMES exclusively obtained the video of the assault, which occurred on May 11 — nearly three months after Mr Abbo became a senator-elect and a month before he was sworn-in on June 11.

The attack happened as an armed mobile police officer looked on, and instead made attempt to arrest the victim.

The assault was reported on May 14 at the Maitama Area Command Headquarters on Nile Street, but the police told the victim to go look for Mr Abbo’s telephone number or they would not be able to do anything about it, PREMIUM TIMES learnt.

A weekend of booze
The victim of the assault and the storeowner declined comments for this story, saying they were afraid there could be a violent backlash from the senator. The victim’s lawyer also declined comment.

But witnesses and other sources familiar with the matter told PREMIUM TIMES their accounts of what happened. They all declined to be identified, citing fears for their safety.

Mr Abbo, a member of the opposition Peoples Democratic Party (PDP), had entered the shop at about 6:00 p.m. on May 11, a Saturday. The senator walked in with three young women to purchase adult toys, PREMIUM TIMES learnt.

But shortly after they began shopping for the toys, one of the three girls brought in by Mr Abbo started throwing up. She vomited multiple times, prompting the shopowner to remark that the woman should have vomited outside and not inside her shop, especially since she was not a child.

Mr Abbo, who was said to be agitated by the sudden illness of one of his girls, was said to have accused the shopowner of poisoning the store’s airconditioner.

The shopowner’s argument that if the airconditioner had been contaminated others in the shop would have also taken ill further angered Mr Abbo, and the two began exchanging words over the matter.

In the first five minutes of the 10-minute video obtained by PREMIUM TIMES, Mr Abbo is seen sitting on a yellow power generator near the entrance of the shop. He could be heard within this time making calls and asking some people where they were and how close they were.

Just before the first-half of the video, an armed police officer walked in. Mr Abbo explained to the officer in Hausa that the woman insulted him and that he had called the assistant inspector-general (AIG) over the matter, who then assured him that he would call the police commissioner to call the Maitama Area Command. He also said he was disappointed in the shopowner, with whom he said he had been friends for five years.

Mr Abbo, 41, said the police officer should take the shopowner away. The shopowner quickly called her father to inform him that Mr Abbo had called the police over the matter and that she was about to be taken away.

Mr Abbo asked the shopowner to stop the call because he was talking to her, a demand the woman refused to accede to. Another man could be seen coming from behind the police officer to snatch the shopowner’s phone from her.

Next, the shopowner’s friend who had been standing nearby tried to intervene by pleading with the second man to take things easy.

Mr Abbo switfly descended on the shopowner’s friend, saying she was “very stupid” and slapping her repeatedly, including directly on the eyes.

The senator then demanded that the two women should be taken to the police station. He repeatedly told the shopowner that he was disappointed in her for calling him a drunk, and that he would have harmed her more and closed down the shop but for their friendship 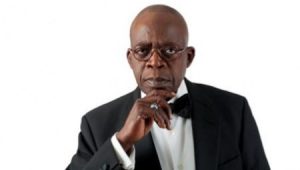 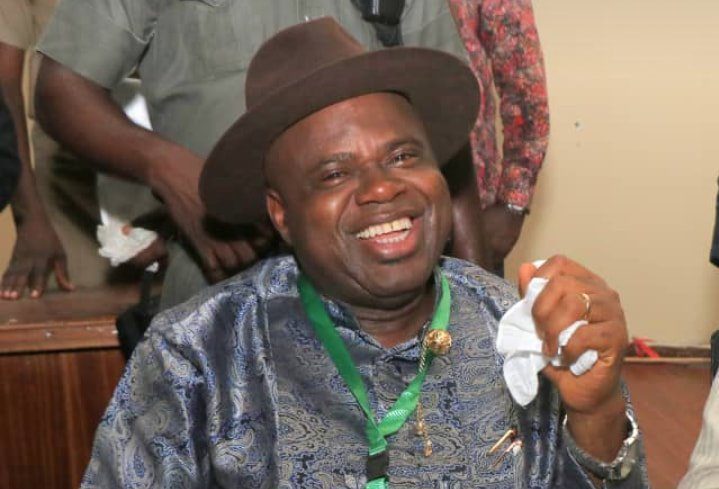 The presidential candidate of the Peoples Democratic Party (PDP) in the last election, Atiku Abubakar, has congratulated Sen. Douye Diri over the Supreme Court judgment on the Bayelsa governorship election.

In a statement issued on Thursday, February 13 in Abuja Abubakar said:

“The Lords Justices have given us another opportunity to show Nigerians that power belongs to the people, and we must make good use of this opportunity.

“Diri had cause to visit me before the elections and received my blessings and counsel.

“I am fully satisfied that he has what it takes to make Bayelsa the ‘glory of all lands. His intellect, personality, and character, are a credit to Bayelsa and the PDP,” he said.

“Finally, I urge the supreme court to show consistency in its judgments and find the resolve to always deliver just judgments no matter whose ox is gored.

“The people of Nigeria are behind the apex court in whatever they do to free themselves from the dominance of dictatorial forces,” he added.

Stating that he received the verdict of the court, declaring the candidate of the PDP, Diri, as the duly elected governor of the state with gladness, Abubakar called on all the people of Bayelsa to make peace with the recent past, and embrace the future together, united in the mission to transform the state into a haven of peace and prosperity.

…. Advises those seeking peace with him to forget the idea

…. Says Aguma Has Abused Amaechi’s Political Generosity To Him

Former Spokesman of the defunct New People’s Democratic Party, and chieftain of the All Progressives Congress (APC), Chief Eze Chukwuemeka Eze, has offered a tip to Mr. Igochukwu Aguma, over his continued display of ignominious and stack ignorance in the express provisions of the party’s constitution, especially, the law, as regards the setting up of a Caretaker Committee to oversees the affairs of the party in a state, as is the case in Rivers State.

Igo Aguma had recently approached the court in Rivers State to stop scheduled Congresses of the APC in the state and to declare the NWC constituted Caretaker Committee of the party illegal.

In a recent interview, Igo Aguma, reiterated his position, stressing that the constitution of a CTC is alien to the party constitution and therefore illegal and a nullity. What a blunder.

Aguma’s reason for making such ridiculous, laughable, contemptuous and untutored remark cannot be hastily fathomed. It however, has some obvious undertone; it could be that Ugochukwu Aguma does not own a copy of the party’s constitution to peruse through or he is constantly in a state of cultural amnesia, or he is just ignorant and unteachable.

Also Read:  That Ambode May Do Well With His Budget

Having learnt that Aguma needs a rudimentary training on the workings of the party, I volunteer to tutor him a little bit on the position of the constitution of the All Progressives Congress, touching on the setting up of a CTC.

This is the position of the constitution and nothing more pretentious. While I counsel Igochukwu Aguma to withdraw his ignorance from public display and allow some peace in the Rivers APC, I urge those seeking peace  with him and his likes to be properly guided, as his reason for fighting the party has been made bare.

Eze finally reiterated that the plot to destroy and weaken APC in Rivers State by Aguma and his cronies and their misguided sponsors will come to nothing as Rivers State people are too knowledgeable to be deceived by their evil plot to dismantle and destroy the best political product ever from Rivers State in the person of Rt. Hon. Dr. Rotimi Chibuike Amaechi.

Eze counsels Aguma to retrace his steps and allow peace to prevail in the party as his present position will surely nail his political fortunes and future and should understand that he is nothing politically without Amaechi no matter whatever those that don’t mean well for the State are telling him to continue to pursue a case he is sure that he will never win.