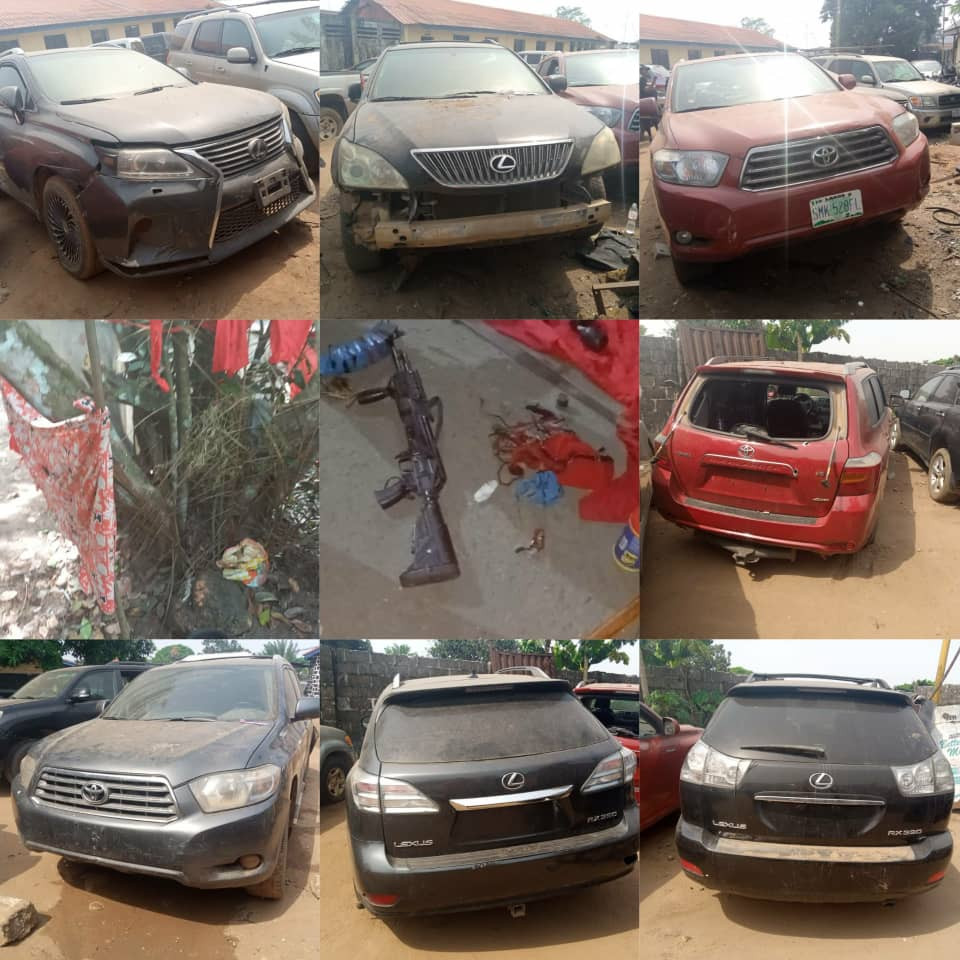 The Imo State Police Command has uncovered a camp run by the proscribed IPOB/ ESN terror group in the state.

According to a statement released by CSP Michael Abattam, the state police public relations officer said the militia wing made a forest at Onicha in Ezinihitte Mbaise LGA of Imo State, their operational base where they go out to” perpetrate heinous crimes which include terrorism, kidnapping, armed robbery and killing of innocent citizens”.

Abattam said based on a piece of information, the Imo Command’s tactical teams, having carried out diligent surveillance of the criminal hideouts, on January 18, stormed the deadly terror camp. The hoodlums on sighting the police operatives open fire on them. The gallant and battle-ready police operatives swiftly returned the fire. In the fierce gun battle, one of the hoodlums was neutralized while others scampered into the adjoining bushes fatally injured with gunshot injuries.

On combing the bush and searching the terror camp, the following exhibits were recovered ;

i. One AK47 rifle with Forty (40) rounds of live ammunition.

v. One Lexus 350 SUV without a registration number.

vi. One Lexus 330 SUV without a registration number.

The command is using this medium to appeal to the good people of Imo state, not to allow criminals to use their community as a safe haven to perpetrate heinous crimes. They should form vigilante groups/neighborhoods watch associations to compliment the efforts of the police and other security agencies. And that, they should report any suspicious persons seen with bullet wounds to the nearest police station or call the command’s emergency numbers 08034773600 or 08098880197.

Finally, the Commissioner of Police Imo State, CP Rabiu Hussaini, psc while commending the officers and men for their dedication and gallantry,  thanked Imolites for their unalloyed support and assured them of the commitment of the command in ensuring a crime-free Imo state.