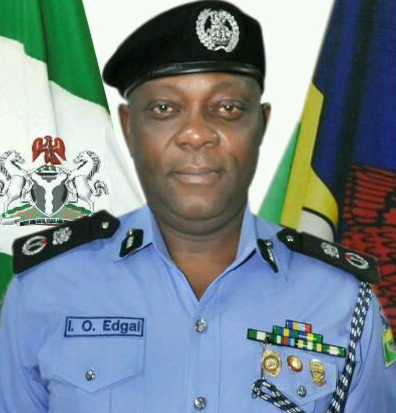 …As Lagos CP Commiserates With Family Of Deceased

The Lagos State Police Command has launched a man hunt for the killers of an officer of the Lagos State Neighbourhood Safety Corp, Mr. Moshood Bolaji.

The late Bolaji was killed on Wednesday at about 9:30pm at Umunede Bar in Mallam Isah close, Aguda-Surulere by a suspected gang of five cultists.

The State’s Commissioner of Police, Imohimi Edgal who paid a condolence visit to the family of the Aguda-Surulere office of the Corps, said he had directed a contingent of Special Anti Robbery Squad personnel  (SARS) and the personnel of the  Command Anti Cultism Squad to relocate to Census Police Outpost, Aguda-Surulere with immediate effect.

He also mandated them to take the fight to the criminal enclaves of the cultists and a fish out the killers of late Moshood Bolaji.

According to the CP, three suspects have so far been arrested in connection with the case and are currently undergoing interrogation at the Command Anti Cultism Squad.

Imohimi, who also paid a condolence visit to  the family of Late Moshood Bolaji said the entire State Police Command were saddened by the incident, assuring them that the Command will leave no stone unturned to  unravel the killers of their late bread winner.