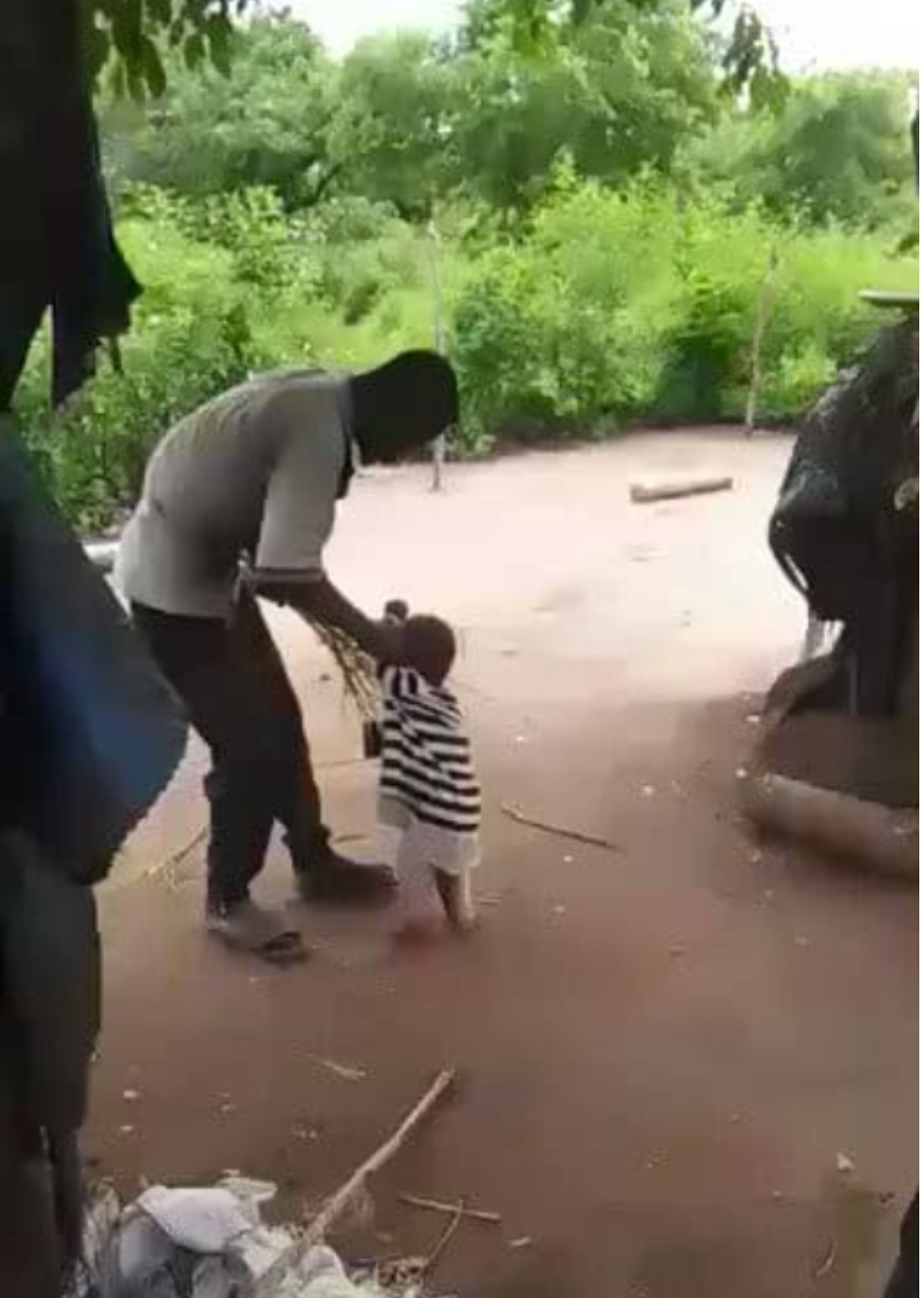 A reward has been offered for information leading to the arrest of a man spotted in a viral video flogging a toddler mercilessly.

In the viral video from Ghana, the man is seen flogging the little baby with what looks like a mesh cane.

Ghana Police Service said efforts are underway to track down the individual involved, have him arrested and rescue the child.

“The Police have sighted a horrifying video on social media in which a male adult is seen subjecting an infant to severe beating under a tree.

“Efforts are underway to track down the individual involved, have him arrested and rescue the child.

“In view of the urgency associated with the matter, a reward of GHC2000 has been set aside for anyone who is able to provide credible information that could lead to the arrest of the individual and rescue of the child.” 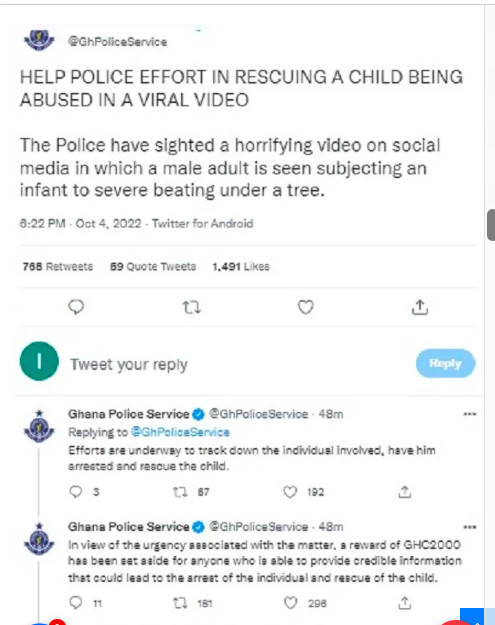