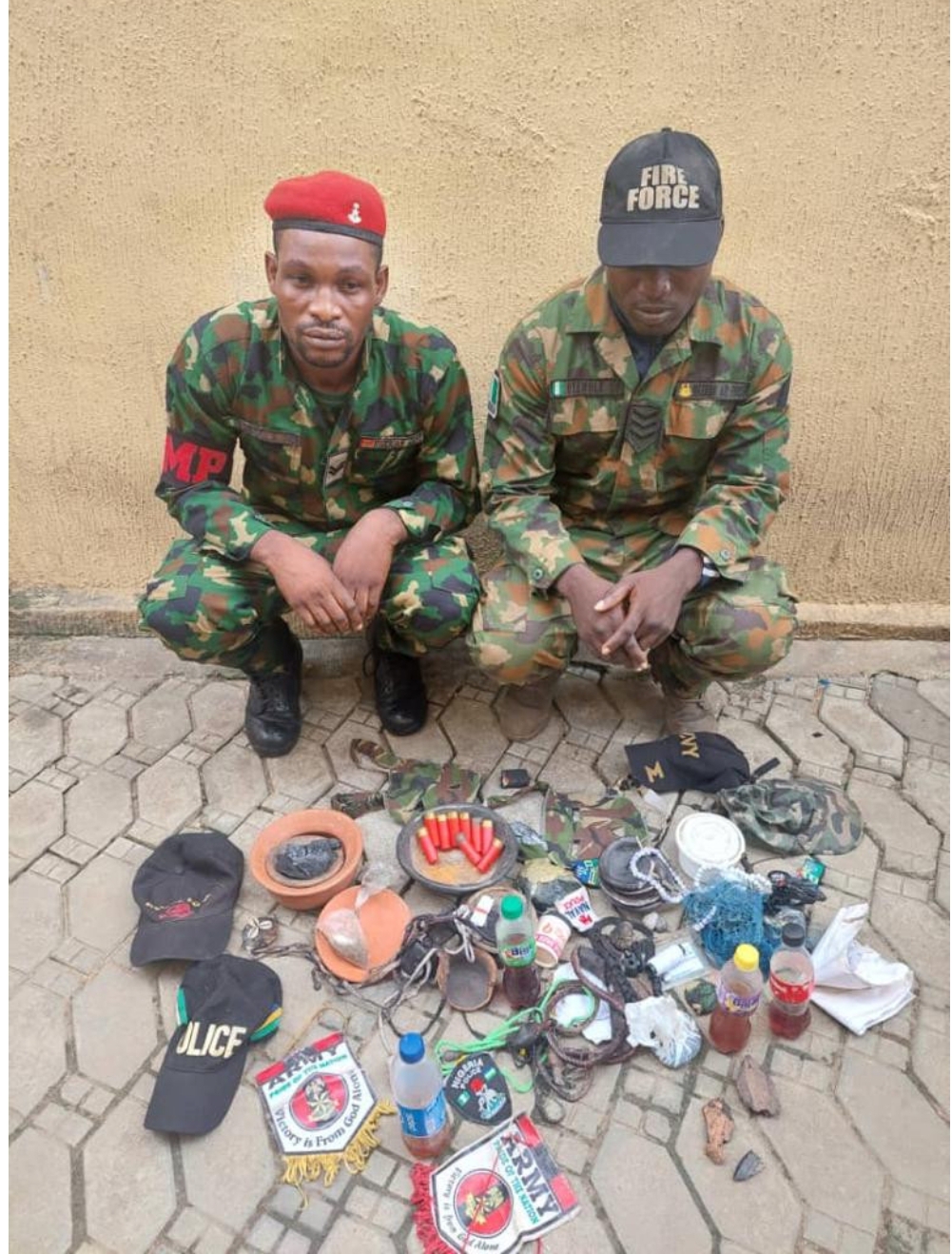 Operatives of the Lagos State Police Command have arrested a fake soldier identified as Oluwatosin Gabriel.

Gabriel was arrested during the enforcement of the total ban on motorcycles in some parts of the state.

A discreet investigation by the detectives led to the arrest of the supplier of his military uniforms, one Nurudeen Agboola ‘m’ aged 35. 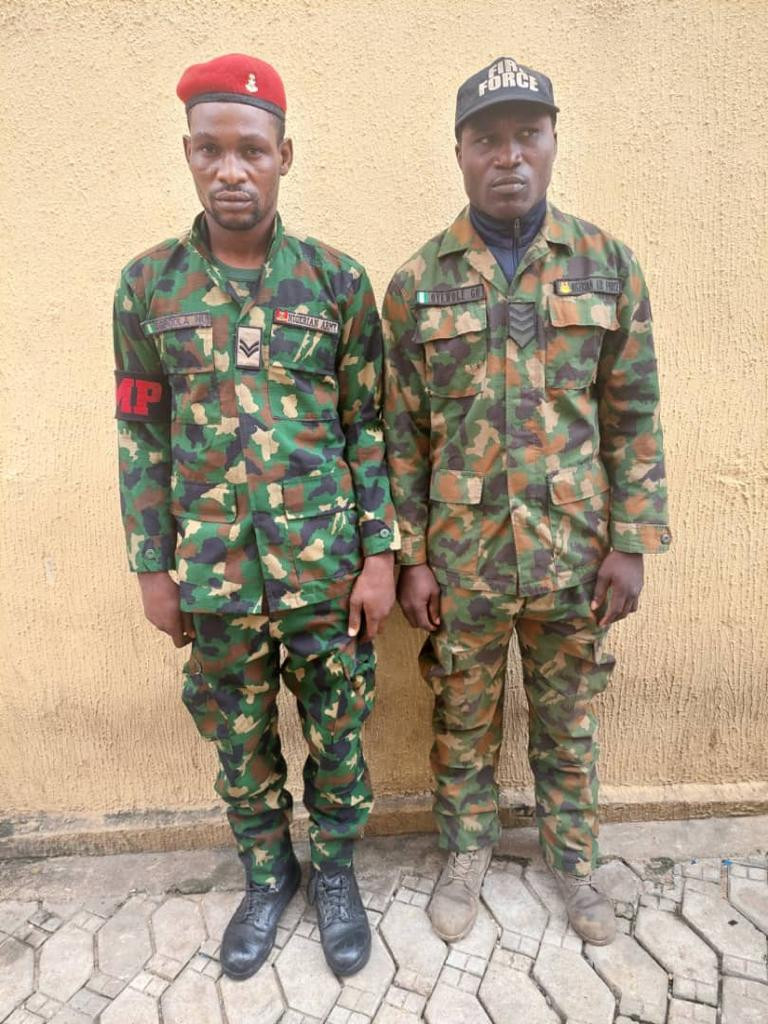 Confirming their arrest to newsmen, SP Benjamin Hundeyin, spokesperson of the state police command, says an investigation is ongoing to establish the extent of their criminality, and that the suspects would be arraigned at the conclusion of an investigation.

SANWO-OLU URGES YOUTH TO TAKE CHARGE OF THE FUTURE