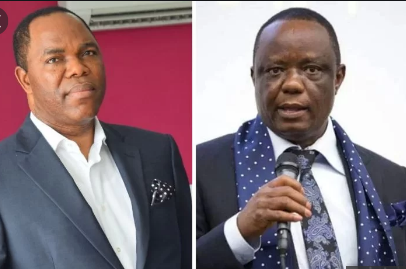 A subgroup of Conduct and Due Process Group has raised concern over an ensuing conflict involving the directors of a pipeline security surveillance company.

The civil society group is claiming that if the issue is not resolved, the peace enjoyed by oil-producing areas may soon come to an abrupt end.

In a statement released on Tuesday, January 12 by the chairman, Conduct and Due Process Group Comrade Adediran Raymond, it said that it has been observing a situation that could quickly result in a conflict that would send the Niger Delta region into the dark ages.

Part of the statement read: “Our organization has been closely watching the tug of war between the founders and directors of Ocean Marine Solutions Limited which has spilled over the pages of newspapers.

“While this might seem like a mere internal conflict, it poses a greater threat to the stability of the oil-producing areas, national oil infrastructure, and the nation’s oil revenue as a whole.

Further, the group vowed to pursue the matter strictly in the interest of national peace and stability of the country.

Related Topics:Conduct and Due Process GroupNiger DeltaPipeline Security Surveillance: CSO Raises Concern Over Conflict In Niger Delta
Up Next

Trouble For President Donald Trump As Powerful Supporter Dumps Him