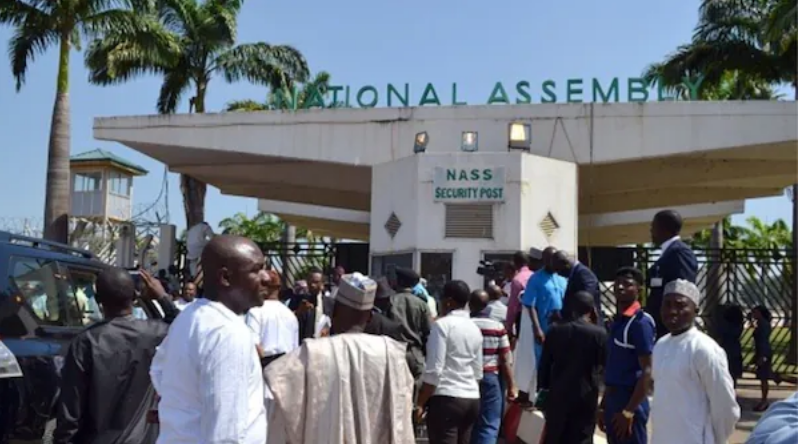 Parents of the abducted students of the College of Forestry Mechanization, Afaka in Kaduna State, have staged a protest at the National Assembly complex in Abuja on Tuesday, May 4.

The protesters registered their grievance over what they described as the negligence of the state and federal governments in securing the release of their children.

They chanted songs of solidarity and displayed placards demanding prompt rescue of the students.

The main entrance of the National Assembly was, however, manned by security agents who denied the protesters entrance.

Recalls that armed bandits stormed the Kaduna school in March and kidnapped 39 students. 10 of the students were released in two batches of five each but 29 others have remained in captivity.