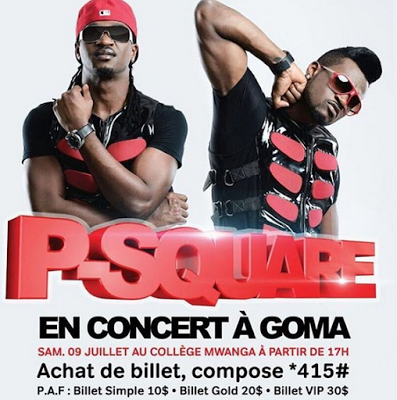 The fact that Peter Okoye has dumped P-Square is no longer new.

The brothers have been in a faceoff for a while now.

However, the drama which has been ongoing for a while took a new dimension following their inability to resolve amicably.

This time, the crisis reared its ugly head again albeit internationally. Having initially disassociated himself with a show scheduled for

Saturday, July 9th in Goma, and Wednesday, August 17th in Kinshasa, Peter Okoye has gone further and threatened to sue his elder brother and former manager for using his image to negotiate a show in Congo.

According to Peter, Jude was promoting a Rudeboy show, as a P-Square show, misleading fans into believing that the rother would be attending the show together.

Peter stated that it was only in the last minute that it was revealed that he wouldn’t be attending the show because he was sick and missed his flight with his crew.

Peter Okoye who says that he is hale and hearty revealed that the real reason why he turned down the show was because the terms of the contract were not favourable.

reacts to the video of him promoting it, says he was told the show had been cancelled

Why I Have Not Been Collaborating With Artistes-Kiss Daniel

I Am More Than A Manager – Danku