Gay actor, Uche Maduagwu, has slammed the Lagos State government led by Babajide Sanwo-Olu for banning bikes and tricycles while allowing thugs popular as “Agberos” to reign freely in the state.

Maduagwu said Gov. Sanwo-Olu failed Lagosians by allowing an incident like that to happen in Oshodi.

He wondered how army personnel would be allowed to disrupt the peace of Oshodi, asking what the governor is doing about the situation.

“Sanwo-Olu has failed Lagosians. Look at wetin dey happen for Oshodi. See how Army people dey do nonsense for Oshodi.  And we have a governor.

Maduagwu’s position is not isolated from the chaos in Capa Park Mosafejo area of Oshodi, Lagos State on Thursday, May 20, when a group of military personnel stormed the area after a colleague of theirs was murdered by miscreants.

According to reports, the murdered Airforce personnel was in mufti when he was killed last Tuesday.

He reportedly ran into hoodlums who were stealing from civilians.  He resisted when they tried to rob him so they lynched him.

This morning, while commuters were on their way to work and traders were observing their weekly environmental sanitation, military men stormed the area to fish out the miscreants.

Some hoodlums were picked up and weapons were discovered in their possession.

However,  some hoodlums saw it as an opportunity to cause further chaos and they started looting properties and vandalising vehicles.

This caused traders and commuters to flee the scene while some drivers abandoned their vehicles. 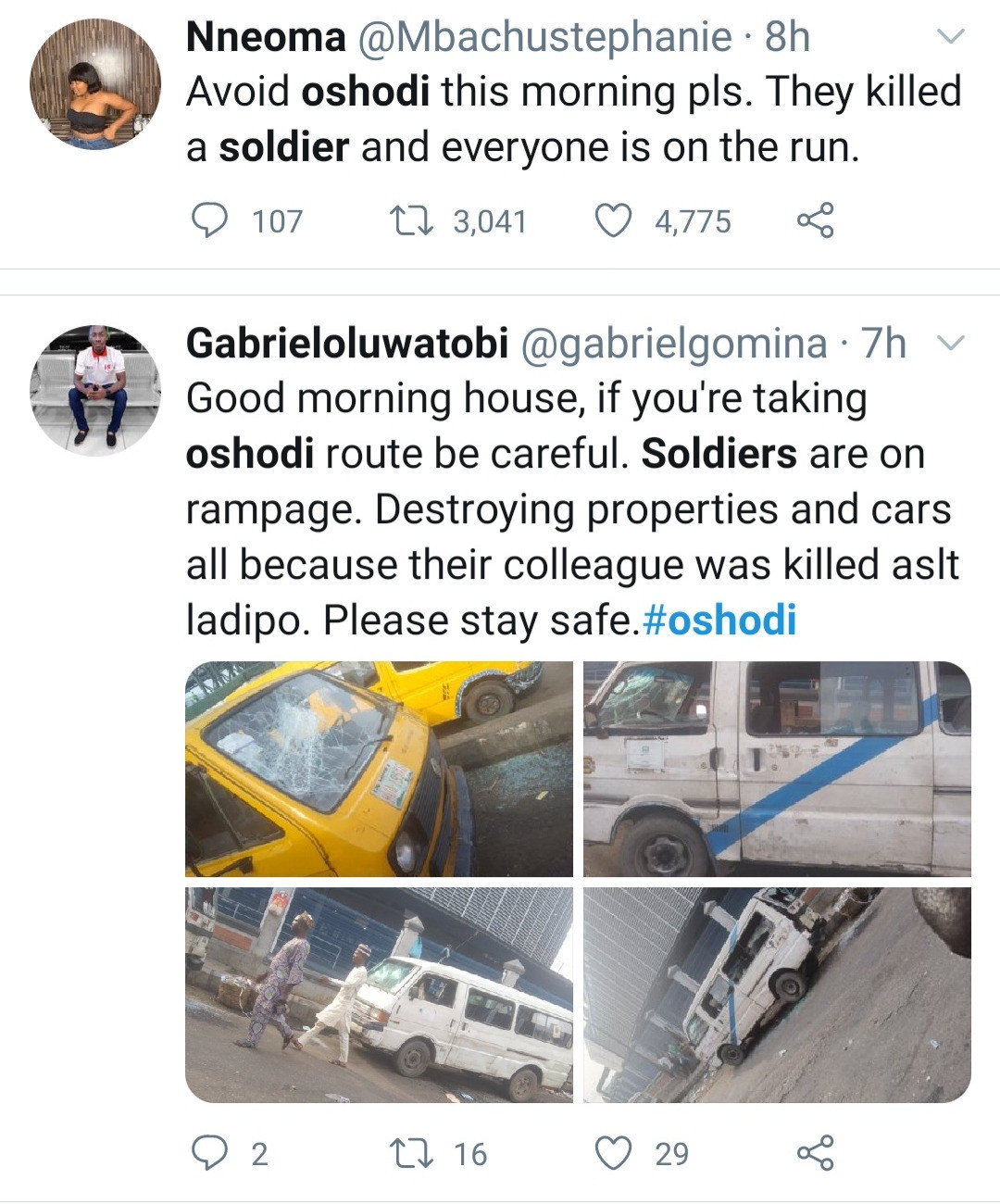 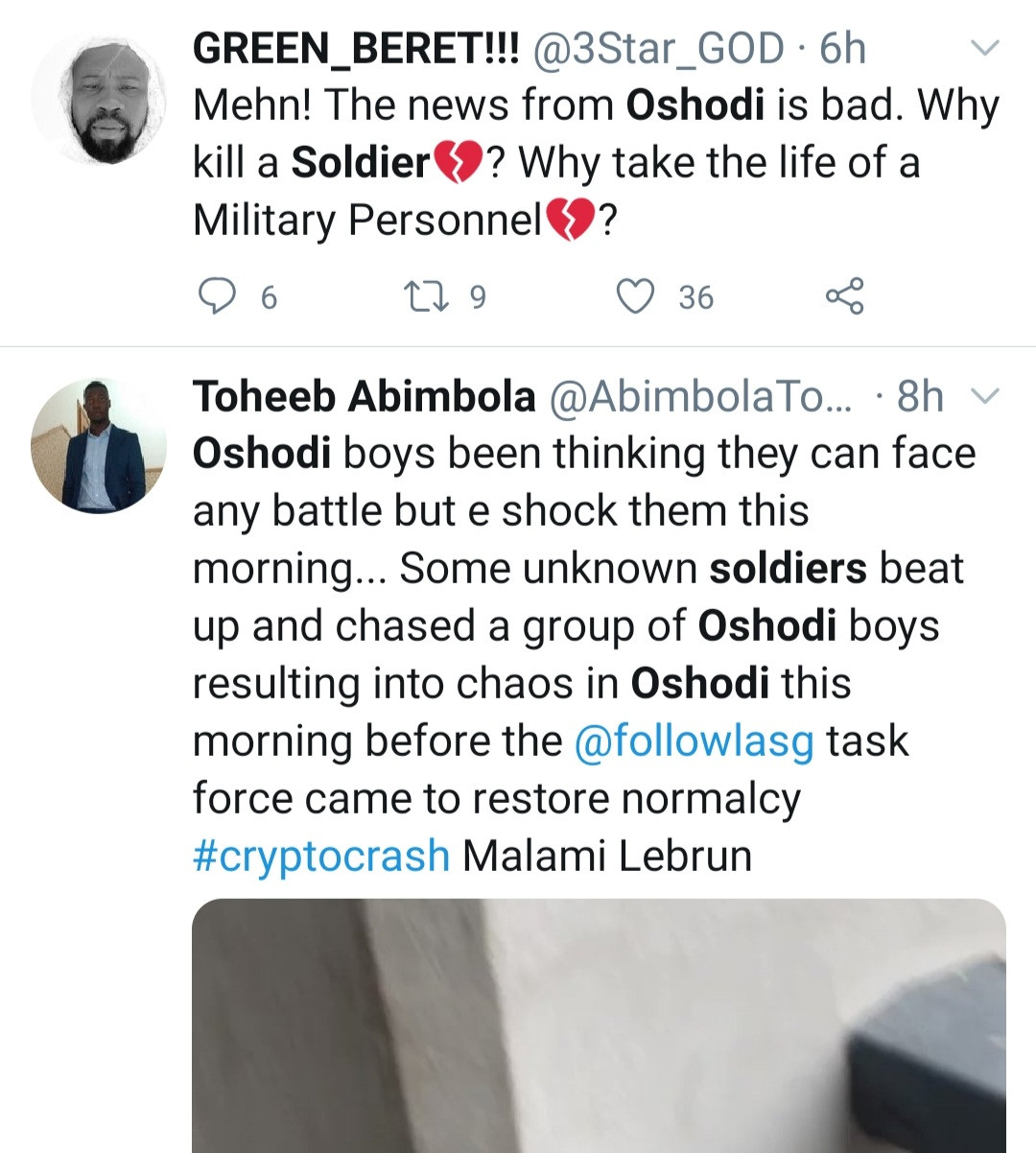 Why Baba Ijesha Is Still In Detention-Lawyer