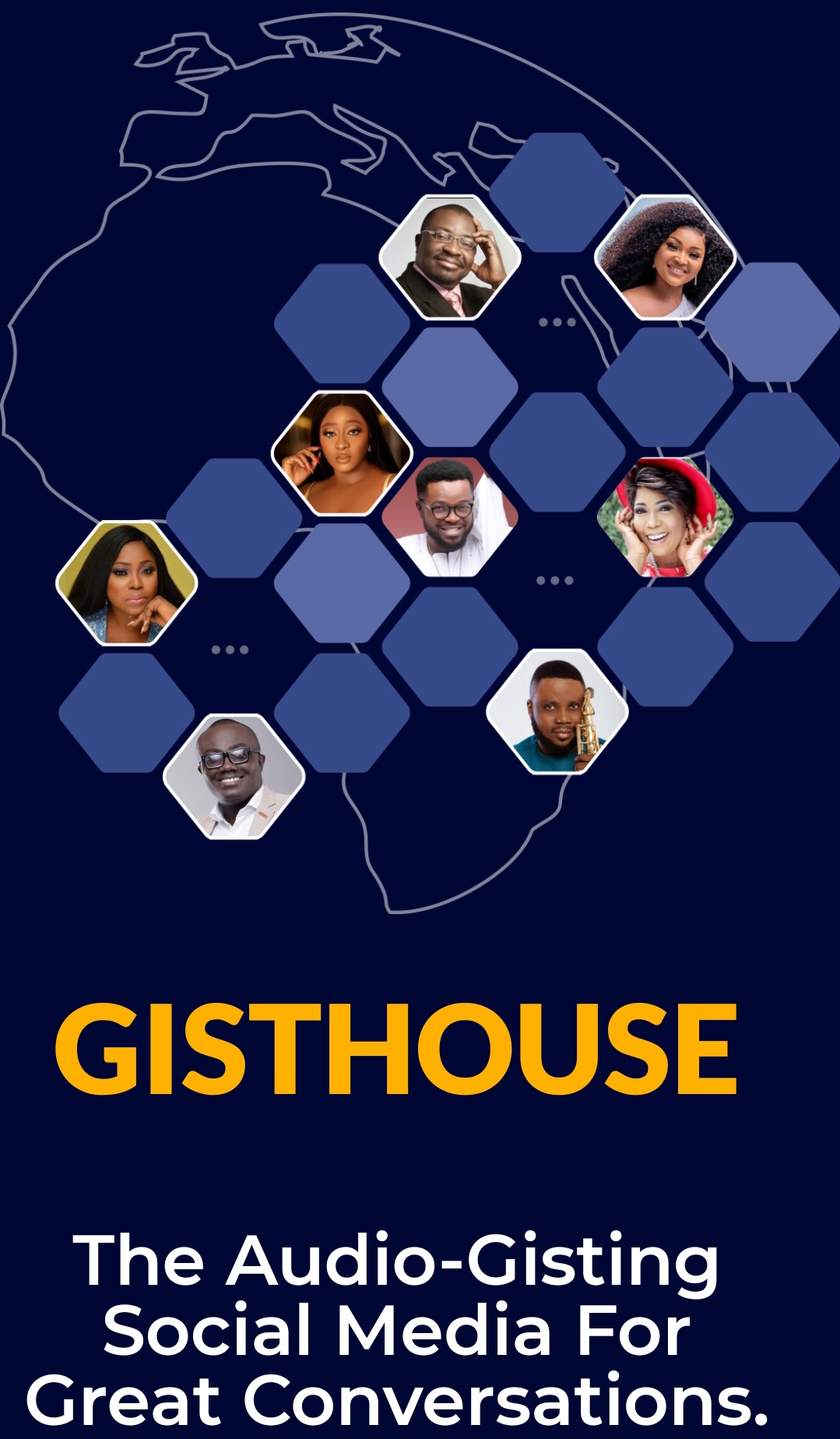 Popular Afrocentric Drop-In Conversation platform, GistHouse, has announced the introduction of a video feature into it’s audio application available in all AppStores globally.

The announcement of the new feature was done by Dr. Ope Banwo, Founder/Chief Executive Officer of GistHouse.

Recall that Dr. Banwo following a clamour for the video feature in the drop-in conversation application, had stated that he would task GistHouse developers to come up with a video feature that will fit perfectly into the drop-in conversation format that millions of social media users were  demanding from apps like GistHouse, Clubhouse, Twitter Spaces, Spotify Green Room Spoon, Wisdom and others.

At a press conference in its head office in Omaha, Nebraska, Dr. Banwo unveiled and demonstrated the amazing video feature of Gisthouse App to the delight of its users across the world.

This video feature, still exclusively available only on GistHouse among all drop-in conversation apps, now allows room creators the option of activating the video option in their rooms and then bring discussants up on video to join the discussion and make their points. Users in the audience can also respond to the video discussions either by using audio only, or request to come up on video to make their rejoinders. The room creators also have option to record, download and repurpose their video room sessions if they choose to do so.

Explaining this new game-changing feature, Mr Vaughn Item, the Director of Technology at GistHouse said; “The beauty about GistHouse fideo feature is that users can still enjoy the anonymity of audio only, while enjoying and participating in the video discussions by those who choose to be up on video.” He further explained “the sum benefit is that users can now enjoy the best of both audio and video world without any of its the disadvantages of either.”

With this video feature, and other industry leading features like in-room polls; user-to-user donations; option of paid rooms for influencers; option of paid subscription clubs that allow users to earn from their content; and several other industry leading conversation maximization features, the new GistHouse Platform is quickly setting itself apart from the first generation audio apps like Clubhouse, Twitter Spaces, Spotify, Green Room, Wisdom, Spoon and the rest in keeping up with user expectations and needs.

Also, unlike the first generation audio apps, GistHouse remans the only conversation app that pays its users in convertible gistcoin tokens for joining the application, and also rewards them for inviting their friends to join them in conversation on the platform

Speaking on the implication of the new feature on the GistHouse application, Dr. Banwo noted thus, “our vision at GistHouse has always been to help users maximize their conversations and content online while having fun, impacting lives, and making positive changes across the world through participatory drop-in conversations.

Furthermore, he  said; “All progress In mankind have always started with a conversation by two people or more. We strongly believe conversations remain the key to human progress as the world gets smaller and smaller through technological advances, and we are excited to be involved in the industry that allows drop-in conversations to happen with ease globally, and which also provides opportunities for users to monetize their content and control their intellectual properties“

With the emergence of Clubhouse Audio app in 2021, during the height of the COVID pandemic, there has been a huge revolutionary growth in the social audio conversation industry as more and more audio conversation apps like Twitter Spaces, GistHouse, Wisdom, Spoon, Green Room etc sprang up to take advantage of the exploding global interest in drop-in audio conversations which allows anyone across the world to drop in, and join conversations on any topic, ranging from the serious to the casual and the ridiculous.

While some of these emerging new apps are doing great, some are still struggling to find their footing and niche in the global social audience, many users of the audio conversation apps have been expressing the desire and need for these audio apps to go to next level of industry evolution by including video conversations into the features available for users on the audio apps.

The need for video feature is mostly being championed by influencers, trainers, coaches, entrepreneurs, clubs and businesses who would love to have video conversations as part of their conversational choices with their audience .

GistHouse Afrocentric Conversation Platform was launched officially on October, 1st, 2022, after being in beta development, testing and tech tweaking mode for over one year. GistHouse Audio app is available on Google Playstore and IOS AppStore.