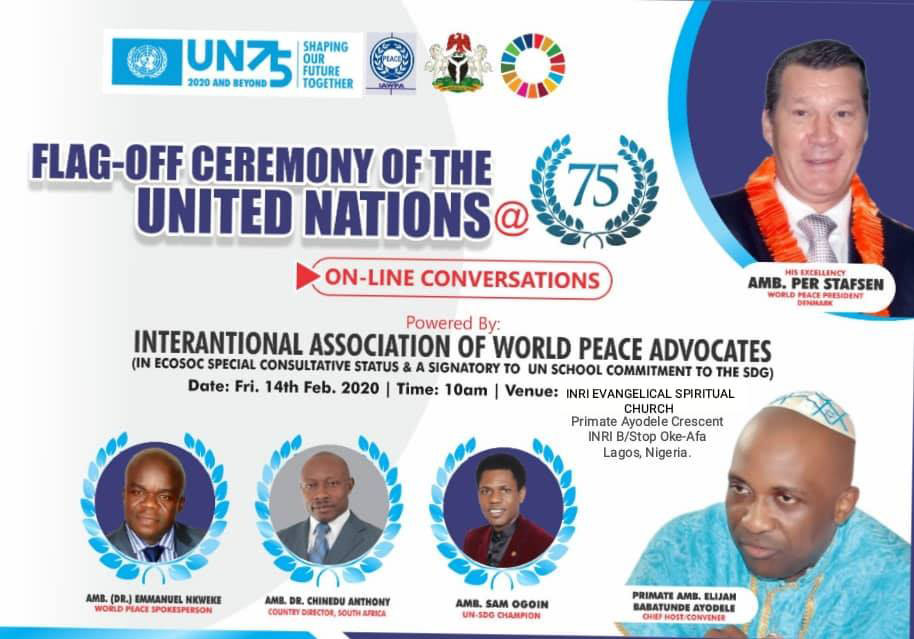 Nigeria will be on standstill come February 14, 2020, as important personalities are set to throng Lagos state for the official flag-off of the ceremony of the United Nations 75th Anniversary hosted by Popular seer, Primate Elijah Ayodele.

According to a reliable source, the keynote speakers for the day include Governor Godwin Obaseki and Governor Babagana Zulum while Governor Kayode Fayemi will declare the event opened.

Also Read:  Buhari’s Second Term Will Be Worse Than His First — Primate Ayodele

Similarly, Governor Sanwoolu will be flying the flag of the United Nations while Ooni Of Ife, Sultan Of Sokoto will be the royal father of the day.

Also, the President of the United Nations World Peace, Ambassador Per Stafsen, Ambassador Dr. Chinedu Anthony, the country director of South Africa will be in attendance.

It is worthy of being noted that Primate Elijah Ayodele, with this development, is a record-breaker as no pastor or man of God in the country has hosted the United Nations flag-off ceremony.

It would also be recalled that sometime in 2019, Primate Elijah Ayodele was honoured by the United Nations and chosen as an ‘Ambassador for peace’ due to his impact in the world and the several roles he has played in being a peacemaker.

Furthermore, sources revealed that on February 14, Primate Elijah Ayodele will be honoured by the United Nations and given a diplomatic plate number and a diplomatic I.D Card.

Also, Primate Elijah Ayodele, known for his philanthropic acts, will on the flag-off ceremony empower several categories of people. He stated that he will be giving out 1,000 Jamb forms for free to students who wish to proceed to study in higher institutions and also empower 1,000 youths and widows

The day promises to be a great one as Popular Fuji Maestro and Mayegun Of Yoruba Land, Wasiu Ayinde will be entertaining guests with soulful music.

Sir Olu Okeowo, a renowned property merchant and philanthropist per excellence, is set to join the growing number of privileged individuals in the country, who are complementing the efforts of the governments across the country to lessen the burdens of the citizenry occasioned by the outbreak of the Corona virus, otherwise known as COVID 19, which is sweeping across the globe.

In line with his wonted fellow-feeling and abiding commitment to giving back to the society that has given him fame, Okeowo, through his foundation, Sir Olu Okeowo Foundation, has launched a food bank, where 100, 000 people will be given assorted foodstuff and other items, towards alleviating the biting hunger in Lagos State.

The distribution venues, according to the Foundation, are on the island and mainland.

The Foundation has further urged residents in the state to call on it, so it can extend the gesture to any identifiable flashpoint of hunger as well as ways of distribution without violating any health standards and regulations.

Parties have always been as a testament to a celebration.

In the Lagos social scenes, the richer the celebrant, the more colourful the party automatically becomes.

This rule will however not apply to Asiwaju Bola Tinubu as he turns 68 today.

A man of immense wealth, Tinubu will not be celebrating his new age with friends, family, and associates as has become the norm. There won’t be a colloquium of any sort.

A man known for his love for celebrating at the slightest of opportunities, this year’s birthday celebration will be devoid of fanfare, as he will be reduced to celebrating with his immediate family.

Folorunsho Alakija Comes Through For Africa 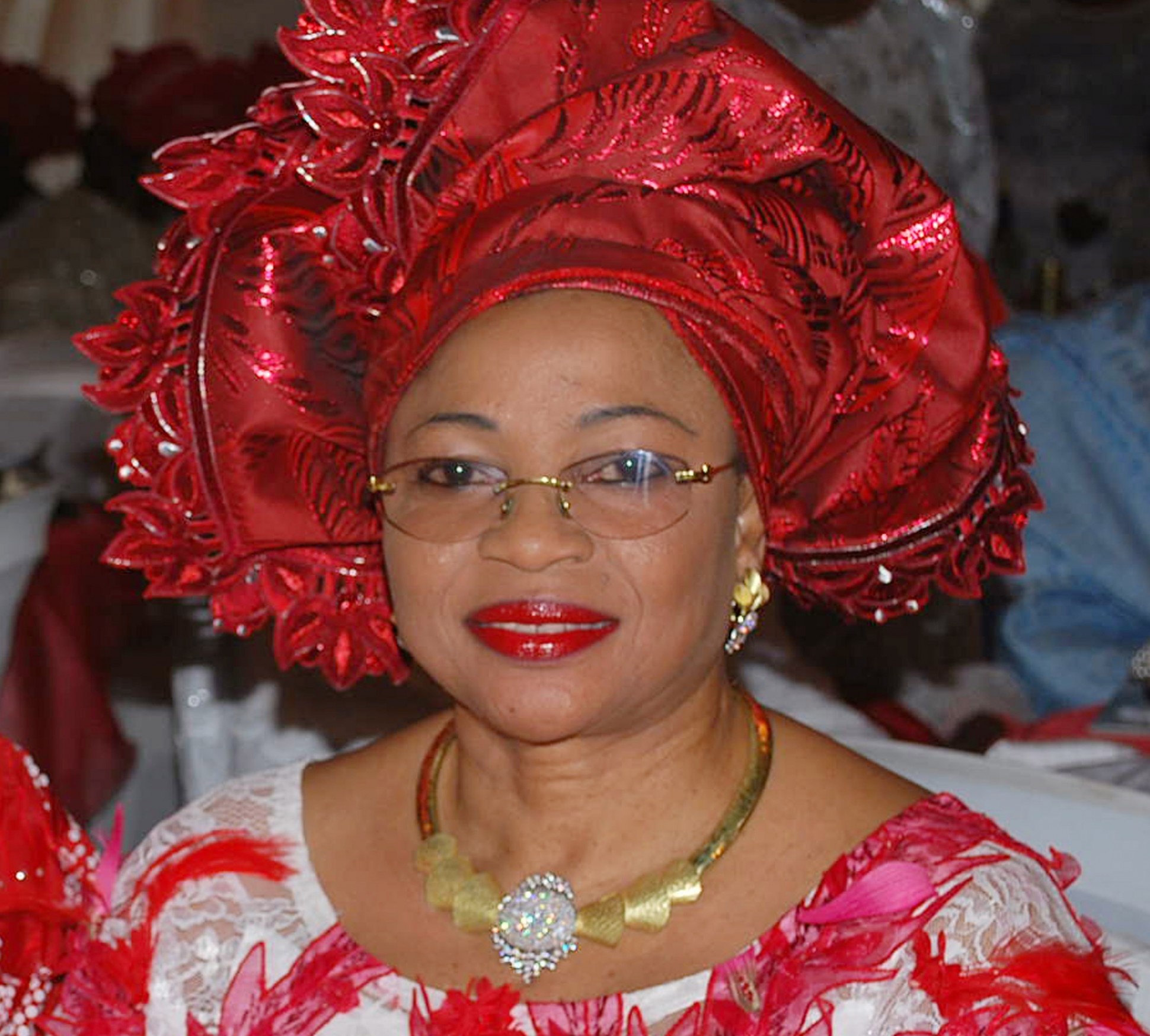 What is the value of money if it can’t impact society?

This is one question which a lot of rich people would rather not answer.

Over the years, the woman has extended her hands of fellowship to the needy either directly or via her foundation.

At a time when the world is grappling for face masks and sanitiser due to the coronavirus pandemic, Alakija showed she cares about the less privilege splashing a chunk of her hard-earned wealth in purchasing thousands of sanitiser and face mask for African countries.