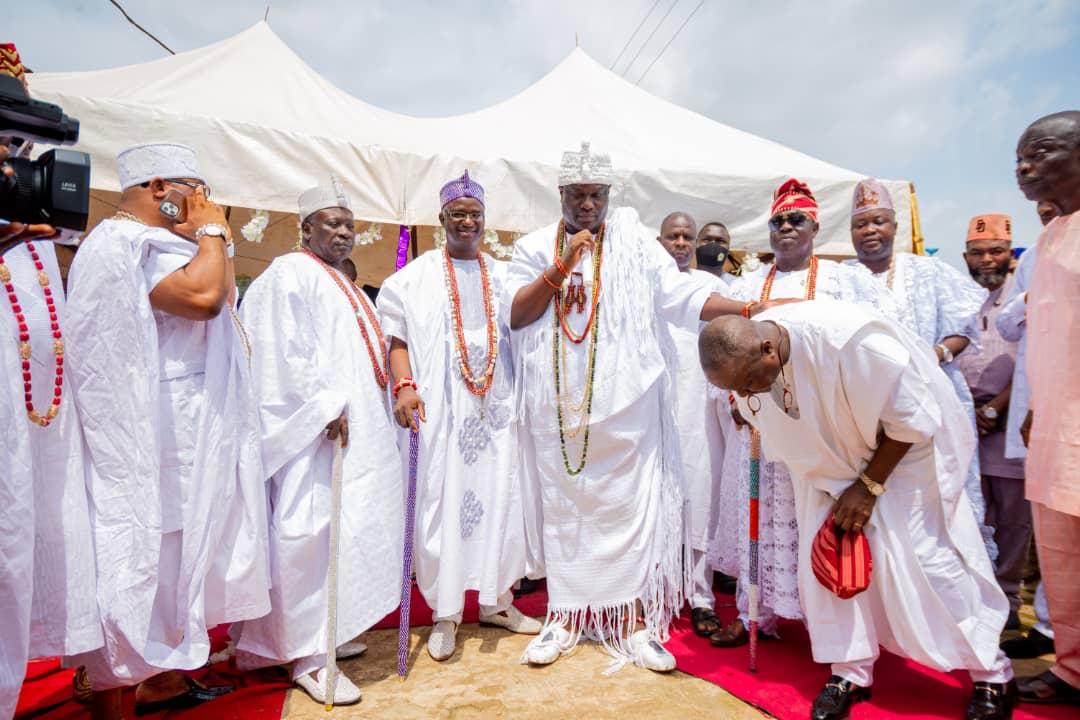 The Arole Oduduwa and Ooni of Ife, Ooni Adeyeye Enitan Ogunwusi Ojaja II, has decried the abandonment of roads in the ancient city by the Federal and state governments, making transportation of persons and goods a herculean exercise within the Ile-Ife metropolis.

Ooni Ogunwusi made this known on Sunday during the commissioning of a 700 metres road at the popular Odo-Ogbe market (Oja Tuntun), Ile-Ife, facilitated by the Ife-born Senior Special Assistant to the President on Legislative matters, (Senate), Senator Babajide Omoworare.

“I really do not know our offence in Ife to deserve the poor road network that surround us. It is not enough to call Ife the source, this city deserves to be treated as the true source of humanity that it is.

“It is so bad that the same government that has refused to fix our roads is the one denying us access to do what we can do ourselves. All we hear is that” it is a government road” so we have to keep waiting.

“We are aware that the government cannot do it alone, so, we want them to put up a scheme, like a form of concession on all major roads in Ife. We would look for able personalities within the community, they will fix the roads and they will give them task credit. It is the same.

“Let government give us that opportunity and see whether we will perform or not, we can now replicate it in other communities across the state and country. We are willing and able to do that on all major roads in Ile-Ife, all we need is a form of concessioning in that regard.

On the Odo-Ogbe market road facilitated by the President’s aide, Ooni Ogunwusi described the politician a committed Ife son, urging his political contemporaries to emulate the good traits and shun unhealthy rivalry.

“I am proud of you and I am sure that Ife sons and daughters especially those in politics have seen lessons to learn from his (Omoworare)’s conducts especially when it comes to developmental politics.

“I call on all politicians across Ifeland to join hands to develop our heritage regardless of political differences. Ife is bigger than us all, so we must place it above personal interests.” The Ooni added.

Earlier in his address, Senator Omoworare reassured the Ooni and everyone present of the government’s support towards the development of the ancient city.

The former lawmaker said, “I wish to authoritatively confirm to you that in the newly presented Budget by President Muhammadu Buhari, major projects especially road works will be done in Ife. I know of the Mayfair, Lagere, Iremo and Moore roads among others.

“Also, the proposed mini stadium in Erefe, Ile-Ife would be completed within the next six months while the much talked-about Naval Communication School would be completed soon in Ife. These and more are our lofty plans for Ife, all we need is prayers and support from all.”

Osun State Governor, Alhaji Adegboyega Oyetola was represented at the event by the State Vice Chairman of the All Progressives Congress, Alhaji Tajudeen Eniafe Lawal, at the event that was heavily attended by prominent Ife indigene and members of the Ife Development Board(IDB) led by its President Comrade L.O. Awowoyin. 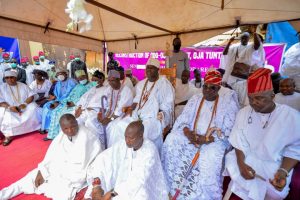 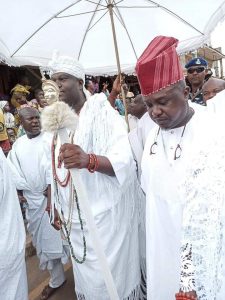 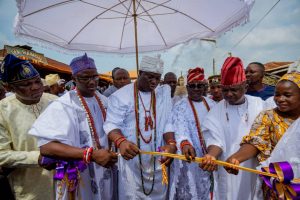