A man who is believed to be a staunch supporter of President Muhammadu Buhari has said that only death will separate them.

The man identified as Sirajo Saidu Sokoto had last year publicly dumped the President after bandits abducted his five brothers in Sokoto State.

However, the man who is popular for taking to social media to attack critics of the President and the All Progressives Congress (APC) took to Facebook on Friday, July 29, to reiterate his support for Buhari.

“You are more honest than those abusing you. We promised that death will separate us from Buhari.” he wrote. 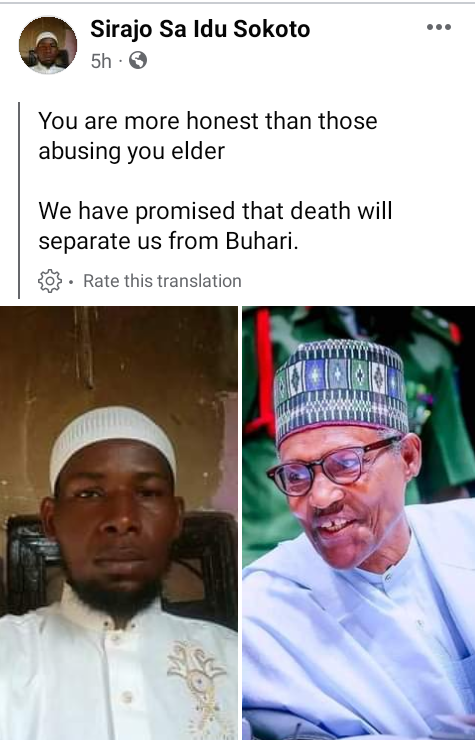