Ahead of today’s gubernatorial election in Ondo State, the Independent National Electoral Commission (INEC), has released a list of the 17 candidates qualified to partake in the election.

The list shared by INEC on its official Twitter handle on Friday, July 31, revealed that 17 political parties would contest the gubernatorial election.

The list is a follow-up to INEC’s initial update on the continuing processes for the governorship election. INEC chairman Mahmood Yakubu is leading the electoral umpire to organize the Ondo election.

The incumbent governor, Rotimi Akeredolu would battle with 16 contenders from other opposition parties to retain his seat. 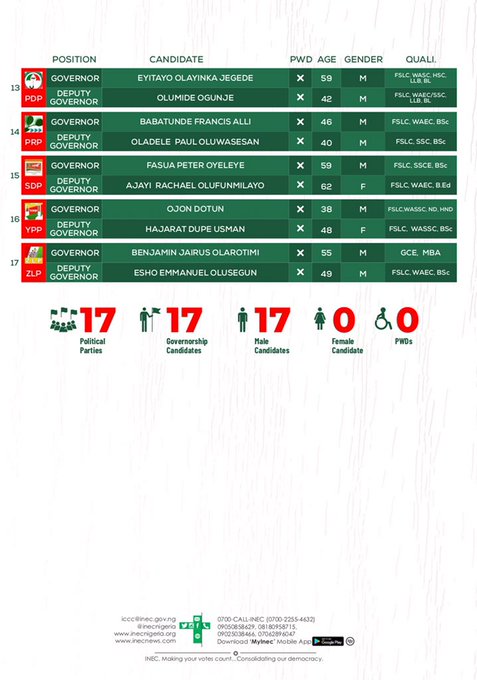 Ondo 2020 Live: Top Five Contenders To Look Out For In The Election