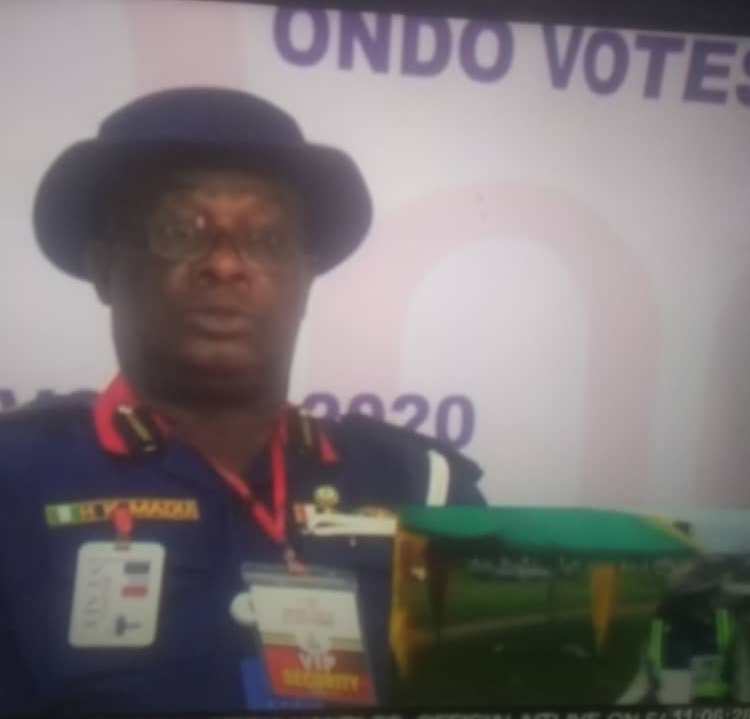 As voting in the Ondo State gubernatorial election continues, fear of a hike in the number of COVID-19 cases to be witnessed after the election has been expressed.

Officials of the Independent National Electoral Commission (INEC), and Nigeria Security and Civil Defence Corps (NSCDC), have expressed worries about the seemingly poor level of awareness on the need for face masks.

Speaking during an interview, Deputy Commandant General of the NSCDC, Hilary Madu complained about the level of awareness in relation to the COVID-19 pandemic.

Madu who revealed that the NSCDC had been given the mandate by INEC to enforce the COVID-19 pandemic awareness stated that unfortunately, the effect of the awareness was not that much.

He revealed how his men have been working to create the awareness of the need to wear a facemask, adding that he even told citizens of the state to use their handkerchief to cover their nose if they could not afford expensive nose masks.

According to him, all the NSCDC personnel posted to Ondo State for the election have a nose mask and a hand sanitizer and have been doing their best to create awareness.