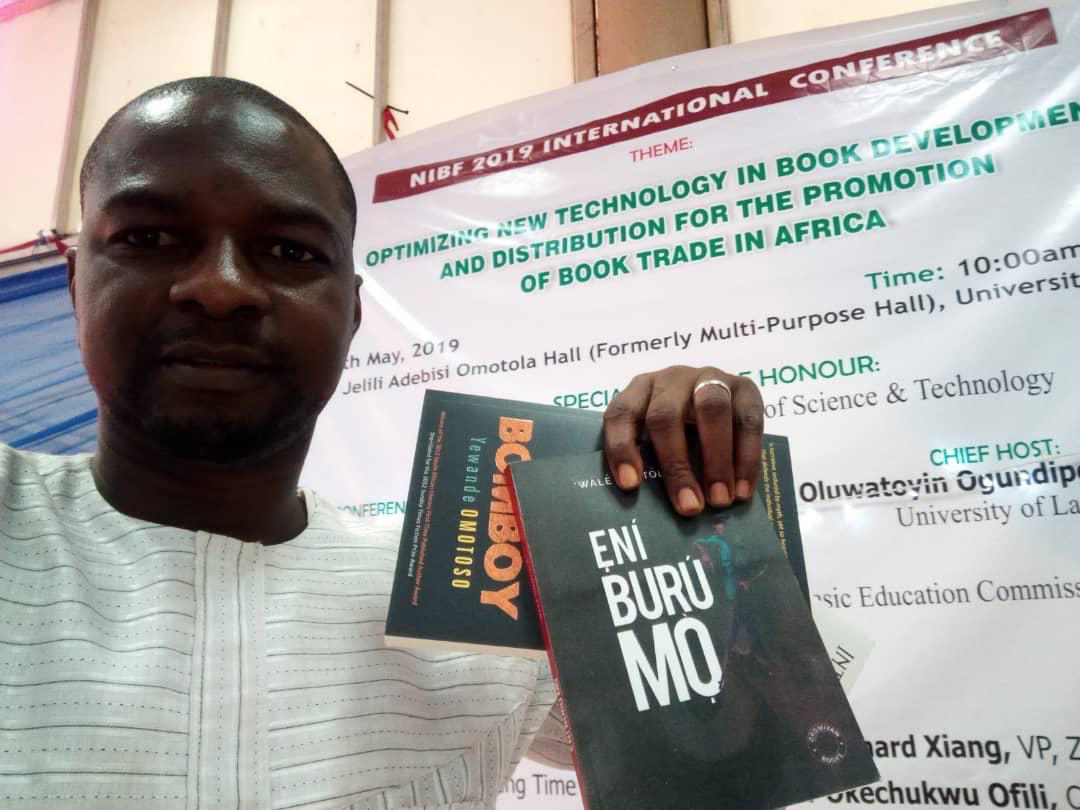 His name might not ring a bell across the society yet but those who may have been privileged to listen to him on radio, as well as members of his constituency, will readily attest to the fact that, it’s only a matter of time Wale Omotola will become the next big thing in the field he’s chosen to ply his trade.

Amiable and handsome Omotola, a Mass Communication graduate of Moshood Abiola Polytechnic, Abeokuta, has over the years proven not to be one who rest on the hoarse of his talent but believes in self upgrade, breaking new grounds and constantly setting new goals. On the heel of his dedication to whatever cause he’s involved, today, Wale occupies prestigious post of the Vice Chairman of Freelance Independent Broadcasters Association of Nigeria, FIBAN.

Aside of his ability to perfectly compeer events and write scripts, Wale is armed with singing talent that has seen him produced an album. Also, as an individual who loves pace setting, he was the first among his contemporaries to become newspaper publisher. He’s the publisher of a community publication, Heptagon newspaper. As it is, the humorous on air personality is making waves with another pace he recently set in book publishing. He debuted as an author with a new book, Eni Buru Mo. As the book is receiving commendation from all over, it’s been reviewed on air by a couple of presenters both home and abroad. It’s also available for sales at different points that include, Glendora, Shoprite, Ikeja, Patabah, Shoprite, Surulere, Faaji FM, Radio Lagos among others.

Speaking further, Wale said he sees writing the book in indigenous language as a necessary step since the Yoruba race is fast losing her aged Yoruba literature giants like Akinwunmi Ishola, hence, need for others to step up, so the heritage and culture of the Yorubas don’t go into extinction.

Talking about the encouragement, Wale said he felt so great weeks back when attended an International Book Fair at the University of Lagos, UNILAG. He revealed he felt so special and was treated as such based on the fact that every other young authors present at the event produced their books in English language and he was the only one who did his work in indigenous Yoruba language.

Ceased Property: Gbenga Daniel Reclaims Hotels Days After Amosun Left Office These are certainly great times for two-term former governor of Ogun State, Otunba Gbenga Daniel as he took back the possession of his yet to be completed hotel building eight years after it was taken over by the recently concluded administration led by Senator Ibikunle Amosun. The former governor was said to have betrayed emotions as he resulted to tears when he visited the site recently. In what the Daniel camp alleged was a witch hunt taken to extremes over political differences, Amosun refused all entreaties by major stakeholders to release the hotel.

Despite some court orders in Daniel’s favour, Amosun remained obstinate as the Certificate of Occupancy on the land was revoked and not returned for several years. There was even talk of moves to take over the structure and convert it to a state utility.

However, while the engineer turned politician is happy to be alive to repossess his possession courtesy of the newly inaugurated governor of Ogun State, Prince Dapo Abiodun, he’s saddened at the level of rot the property has recorded even as lots of expensive fittings have been looted due to the negligence of the government that placed a seal on it.

How OTAs Are Changing The Travel Experience of Nigerians

Things You Should Know Before Relocating To Dubai