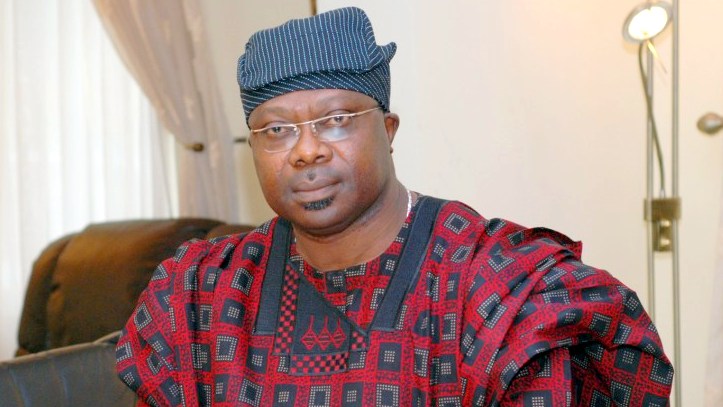 …Mrs Akande was an epitome of love and pride to womanhood

Former Deputy Governor of Osun State , Senator Iyiola Omisore has  commiserated with the former governor of Osun state and the Interim National Chairman of the All Progressives Congress,(APC),  Chief Abdulkareem Adebisi Akande, over the death of his wife, Late Mrs Omowumi Akande.

The former Deputy Governor to Chief Akande in a statement personally signed by him said the news of Mrs. Akande’s death came to him as a rude shock.

Senator Omisore while describing the death of Mrs Akande as a big blow and unfortunate declared that Mrs Akande will be greatly missed by all especially her immediate family for her kind love and humility.

“The news of the death of our Mama, the wife of former governor of Osun state, Mrs Omowumi Akande came to me as a rude shock. Mrs Akande during her lifetime no doubt contributed greatly to the development of mankind. Late Mrs Akande was a loving mother who was at all times ready to give support to all and sundry” he said.

The former Deputy Governor recalled that the late Mrs Omowumi Akande during her lifetime was an epitome of love, pride to womanhood and pillar of support to Chief Akande who at every point in time stood by her husband like a strong pillar.

Emphasizing that the late Mrs Omowumi Akande was a leading example of a great womanhood, easy-going and at all times ready to lend her support to the mankind particularly her husband’s political disciples and associates, Senator Omisore stressed that Mrs Akande contributed immensely to the political success of her husband.

The former Deputy Governor however prayed that May Allah give Chief Adebisi Akande and the children the fortitude to bear the great loss and grant late Mrs Omowumi Akande’s soul Aljanah.

Lagos Speaker Condoles With Chief Bisi Akande Over Wife’s Death; Says Deceased Was A Mother To All