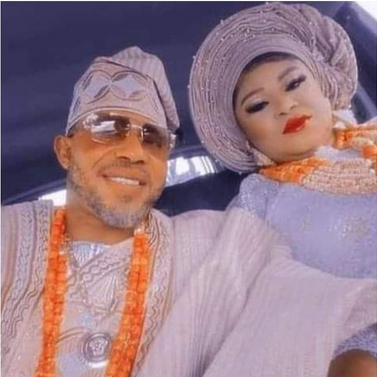 Indeed, everybody moves on at a point.

For Silifat Wura, the widow of Fatai Yusuf popular as Oko Oloyun, its time to move on after three years of mourning her late husband.

Recall that Oko Oloyun was murdered by unknown persons, under very controversial circumstances.

He was killed on January 23, 2020, when unknown assailants opened fire on his two-car convoy on the Abeokuta-Iseyin road in Oyo State.

His wife and mother of six children, after mourning him for three years decided to remarry, as she had a very colourful wedding ceremony in Lagos.

Wura as she is called walked the aisle with her new man Aremu Abiola on Saturday, November 12, 2022, marking the start of a new life. 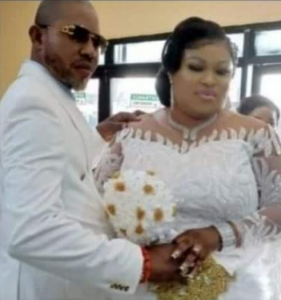