Recall that Senator Anthony Adefuye had claimed that Obasanjo’s ancestry is not Yoruba but Igbo.

Reacting to the statement by Senator Adefuye, Obasanjo maintained that his parents were from Owu in Abeokuta.

Senator Adefuye, a chieftain of the All Progressives Congress (APC), had said the southwest region has not produced a president for Nigeria.

While backing the southwest to produce President Muhammadu Buhari’s successor, the former lawmaker alleged that Obasanjo is an Igbo man and that his father hailed from Anambra state while his mother was a Yoruba woman.

However, the former president had traced his ancestry to the Yorubas, maintaining his parents are from Abeokuta, Ogun State.

Obasanjo said as a Yoruba man, he has the tribal marks of Owu, settling the speculation surrounding his race.

“If the others can hide their identity, I cannot, because my two parents were from Owu in Abeokuta. And you cannot be more Yoruba than an Owu man as the first child and daughter of Oduduwa, the father of Yorubas was the mother of all Owus. What is more, I bear Owu tribal marks. And better or worse still, I speak English with my Owu dialect.

“I have always maintained and felt proud of my Owuness, Yorubaness and Nigerianess in that order. They are all part of my cherished identity.” 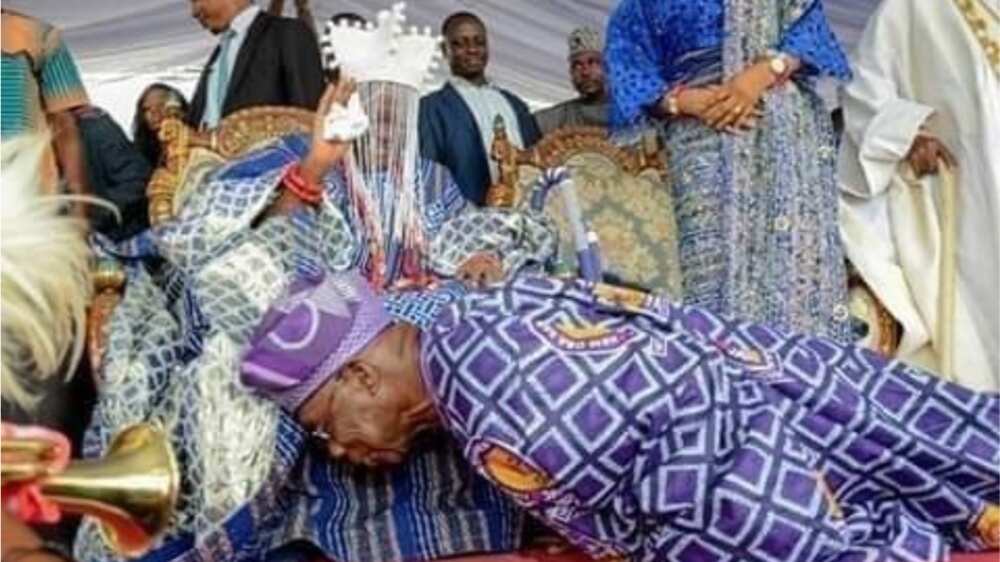