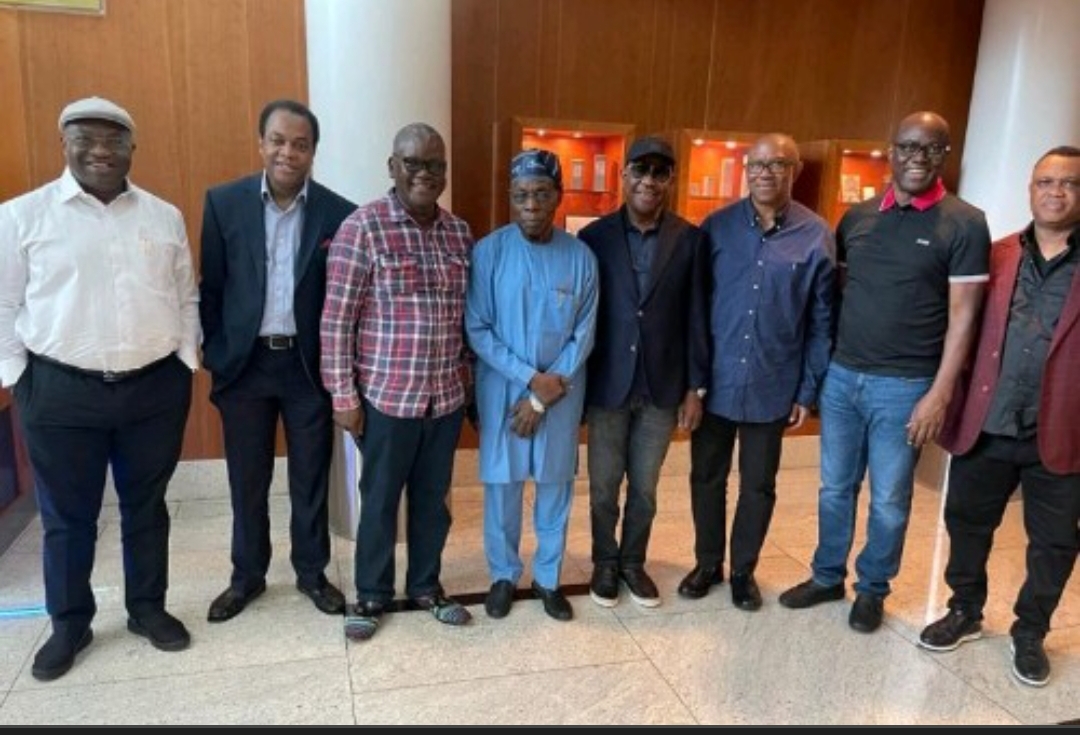 The duo and the Rivers State Governor, Nyesom Wike, met in London on Thursday.

While details of the meeting remains sketchy, it is believed to be related to the 2023 presidential election.

Recall that a meeting to broker peace between Wike and the presidential candidate of the Peoples Democratic Party, (PDP) Atiku Abubakar, has been rumoured to be slated for London later today.

Before today’s meeting in London, there had been fears in the PDP that the crisis between Atiku and Wike might affect the party’s chances in the 2023 presidential elections.

A party leaders, who spoke to The Punch, in separate interviews on Wednesday, expressed concern about the growing relationship between Wike and influential members of the All Progressives Congress, (APC), describing the development as worrisome.

“The party’s top members specifically expressed concern over the meeting Wike and two other PDP governors held with the APC presidential candidate, Asiwaju Bola Tinubu, in London on Monday.

“The party elders are apprehensive that the activities of Wike and the governors of Oyo and Benue states, Seyi Makinde and Samuel Ortom, may negatively affect the PDP’s chances in the 2023 presidential election,” he said.

It was also gathered that the Tuesday meeting between Wike and Tinubu in the UK dominated discourse among the PDP hierarchy on Wednesday.

The National Working Committee of the party met with PDP governorship candidates across the 36 states of the federation at its Wadata Plaza headquarters in Wuse, Abuja, on Wednesday.

The meeting was attended by all PDP governorship candidates except the Oyo State governor, who is currently out of the country.

2023: Atiku Is A Veteran Loser-Governor Masari