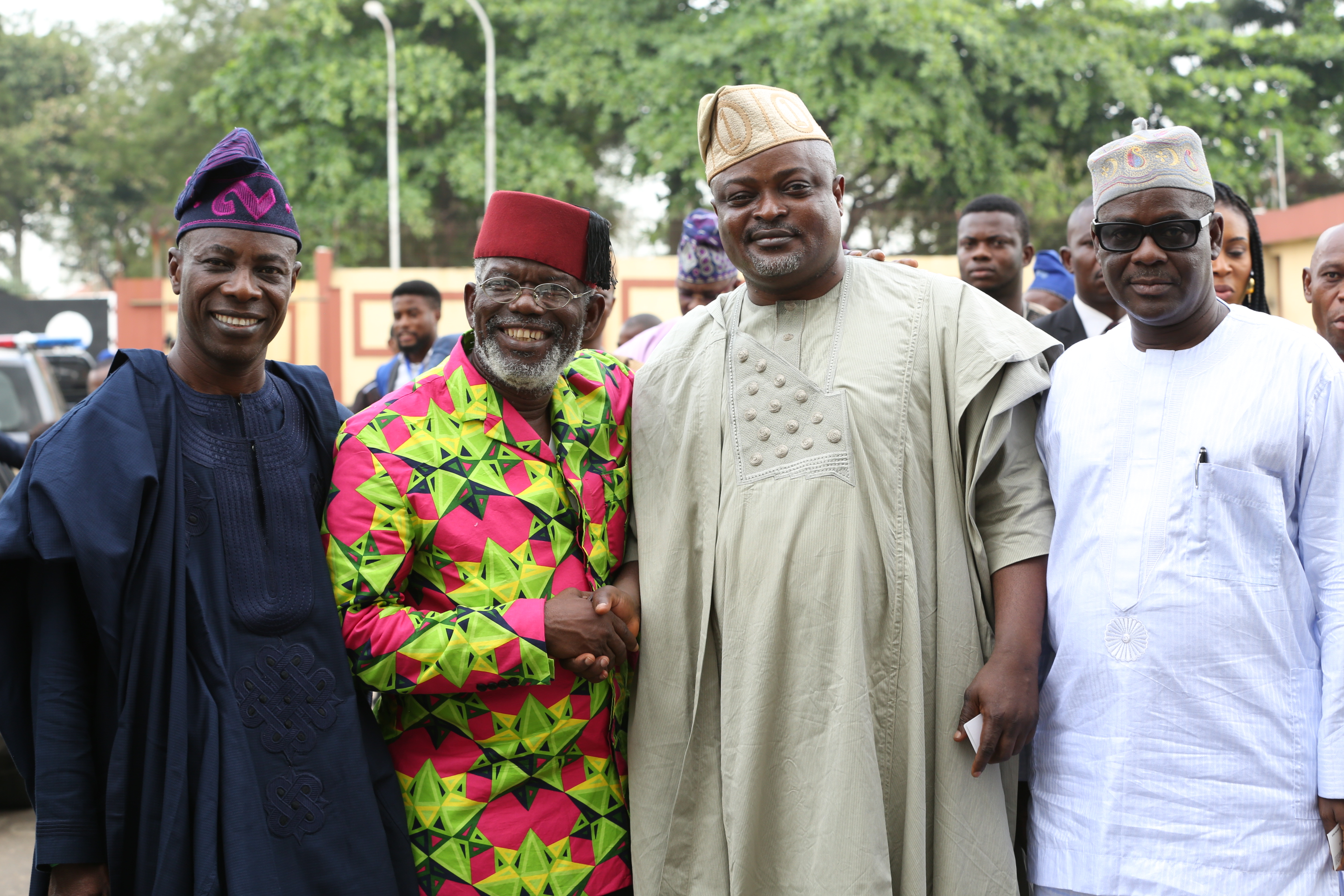 The Speaker of the Lagos State House of Assembly, Rt. Hon. Mudashiru Obasa on Thursday, November 17, 2016 sought and got the approval of the ECOWAS Parliament to integrate state lawmakers into their programmes with a view to developing the socio-economy of the various states and regions of the ECOWAS member countries.
The Lagos Speaker stated this in his speech when a delegation of the ECOWAS Parliament visited the state House of Assembly after participating in a programme on maritime security in Lagos.
“I want to urge the leadership of the ECOWAS Parliament to look at ways of integrating members of the state Houses of Assemblies. This will afford to interact on various development programmes for the states and regions of the ECOWAS member countries,” Rt. Hon. Obasa said.
He stated further that there is need for collaboration with the ECOWAS Parliament on need to improve trade legislations aimed at improving and.developing the economy of the states. “Here in Lagos, there is a robust trade and.commerce structures and we are always ready to collaborate with other states and.countries for mutual benefits of all of us,” Obasa said.
Dr Nelson O  Magbagbeola, Secretary General of the ECOWAS Parliament assured the Lagos Assembly Speaker of that the Parliament was already putting measures in place to integrate state lawmakers in the activities of the Parliament.
Speaking earlier, a member of the Parliament and Chairman of its Committee Gender Rights, Honourable Kaboubie Reine Bertille Benao Sakande from Burkina Faso who spoke on behalf of other parliamentarians on the entourage, told the Lagos Assembly Speaker that they were on a programme in Lagos and deemed it fit to visit the state Assembly.
“We are aware of the good job you are doing here and we decided to visit you,” she said.
Rt. Hon. Obasa later took the visiting parliamentarians tour of facilities in the House.
There were 30 parliamentarians spread across Nigeria, Togo, Republic of Benin, Burkina Faso, Mali, Liberia and Sierra Leone on the entourage while the Chairman of the House Committee on Finance, Hon Oluyinka Ogundimu; and his counterpart in the Committee on Information, Strategy and Security, Hon Tunde Buraimo as well as the acting Clerk of the House, Mr Azeez Sanni joined the Speaker in playing host to members of the delegation.
Post Views: 417

That Secret Pain Of Sambo Dasuki

At Last, Seriake Dickson Can Celebrate