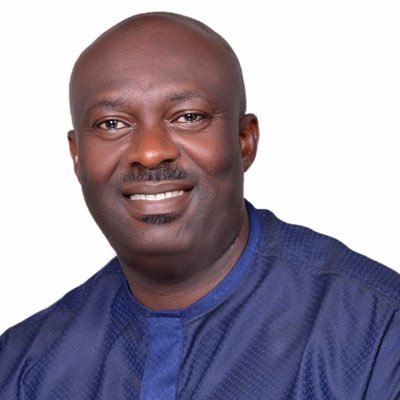 Chief Nwibani gave the advice in an Open Letter with the title “Return To Your Friend and Leader, Rt. Hon. Chibuike Rotimi Amaechi and Make Peace with Nature” circulated to local and internationally based online media platforms, journalists, publishers and editors.

According to him, “It is common knowledge that you, until three years ago enjoyed the best of friendship and strong collaboration with the man, Rt. Hon. Chibuike Rotimi Amaechi whose highest political investment, you said you are.”

Text of the open letter read: The friendship earned you uninterrupted and rapid growth in your career. It is true that you met Rotimi Amaechi at the Rivers State House of Assembly in 1999 but testimonies abound to the effect that it is not true that you emerged minority leader of the Rivers State House of Assembly without the support of your friend Rotimi Amaechi. As for the rest of your journey through Dr. Odili’s Administration as Commissioner for Information, Amaechi’s Administration as Secretary to Government to your Eight years in the Senate, it has been God using Rt. Hon. Chibuike Rotimi Amaechi to painstakingly push you up there.

I’m aware of the efforts of very prominent Ogoni leaders to stop your nomination for the Rivers South East Senatorial District in 2011; preferring erudite Professor Ben Nanem. On the strength of your friendship with this same person, you emerged amidst unprecedented rejection by Ogoni people. Most, if not all of the prominent Ogoni leaders vowed to withdraw their support for Amaechi if he insisted on Magnus Abe. They made good their threats afterwards. He lost their friendship. Imagine the sacrifice.

There is no gain saying that you had a good outing in the Senate and worked with your Principal, Chibuike Amaechi to build what we have today as the All Progressives Congress in Rivers State. Your intelligence and sagacity can’t be taken for granted but I doubt if many people who have dutifully followed your activities recently can “justify your fight against Amaechi”.

I have wondered for over Eighteen months how you sleep at night remembering that you stopped your party and indeed all Sixteen National Assembly (Senate and House of Representatives) Candidates, Governorship and Deputy Governorship Candidates, all those who would’ve functioned in different capacities as appointees of the State and Local Governments, Local Government Chairmen and Councillors etc, should the Party had won elections. I still wonder.

Distinguished Senator, thousands of Party faithfuls in their closed doors cry to God on a daily basis for justice against those who have kept them in their current situation. Many Rivers people and residents alike (most of whom are not politicians) attribute the sufferings of our people today to the internal crisis of the APC which prevented them from having a credible alternative in the 2019 elections. You may not know but it is a fact. I’m not sure, it is something to be proud of.

On the recent developments in our Party which culminated into the dissolution of the National Working Committee; the happenings in Rivers APC heralding this latest development and how it affects Ogoni people, I have these to tell you:

Many have argued that you were part of Igo Aguma’s Zoom meeting where the decision to illegally ‘suspend’ the Victorious Victor Giadom was taken, though unconfirmed, one begins to wonder what happened to your conscience. Assuming you didn’t participate in the meeting, one wonders why you didn’t argue against such a decision to illegally ‘suspend’ your Ogoni brother with whom you enjoyed very special cordiality spanning over three decades even after the decision was taken. Assuming also, you couldn’t stop his purported suspension, one wonders how you can explain the choice of an Ikwerre man as his replacement.

How do you explain your support for the futile effort to dethrone an Ogoni man who has risen by the special grace of God to be Acting National Chairman of the ruling Party in Nigeria that an Ikwerre man may take his place. Hypocrisy of an unimaginable and dangerous dimension.

Your supporters were mobilized to invade the old Secretariat of Rivers APC on William Jumbo Street, Port Harcourt, vandalizing properties worth millions of Naira and you weren’t suspended. You stopped the Party in Rivers State from fielding Candidates for the 2019 elections and you were not suspended. Thanks to Rotimi Amaechi who wouldn’t allow all the moves to have you suspended.

A man who has many friends had five farmlands, one of his friends came asking to be given the first farmland and he gave without hesitation. Same friend came back to ask for the second farmland, he gave him with joy. Same friend returned to ask for the third farmland which was the second largest of them all and he gave him freely. The day he came for the fourth which happened to be the very last and the largest one of the farmlands and he thought it wasn’t farming season yet and asked that he concentrates on the second largest farmland, he became a wicked friend, whereas there are many other friends of his who are yet to have a corner in anyone of the farmlands to farm.

Put yourself in the shoes of your friend and ask yourself if it is fair. You have been on this journey of returning evil for good for too long and it’s obviously not working. Running from one Radio and, or TV Station and sometimes sending your followers to another hasn’t done you any good. Membership of a Federal Board certainly isn’t what you should’ve been talking about now.

I sincerely think it is time to stop the fight, return to your friend and leader, and make peace with nature. No time is too late.

Think about it and please accept the assurances of my highest regards.

Related Topics:All Progressives CongressAPCChief Eric NwibaniNwibani to Abe: Return to Your Friend; Leader; Hon; Amaechi and Make Peace
Up Next

OSHIOMHOLE AND THE SACKED NWC

COVID-19: We Have Recorded 114 Healing With Testimonies-Bishop Oyedepo