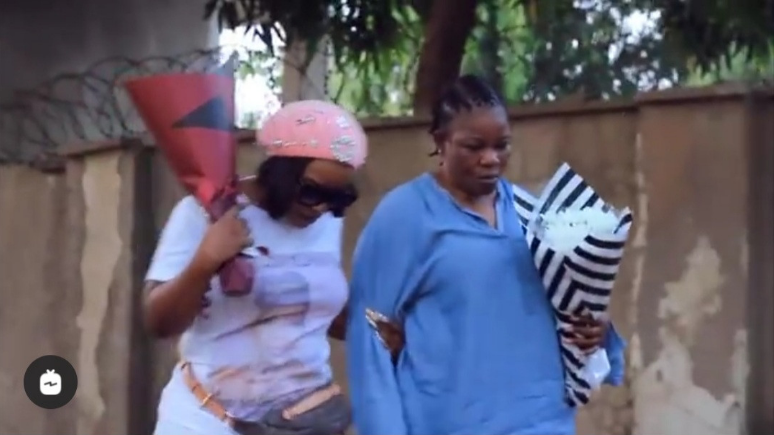 Nollywood actress, Ada Ameh, today Wednesday, October 20, visited the graveside of her daughter who died a year ago.

Recall that Ameh lost her daughter who she gave birth to at the age of 14 years after an unsuccessful surgery.

Aladi Godgift, the deceased was over 30 years old when she died in Abuja.

Her mother who visited with flowers was accompanied by her friend and colleague, Empress Njamah.

The thespian described her late daughter as more of a friend than a daughter. 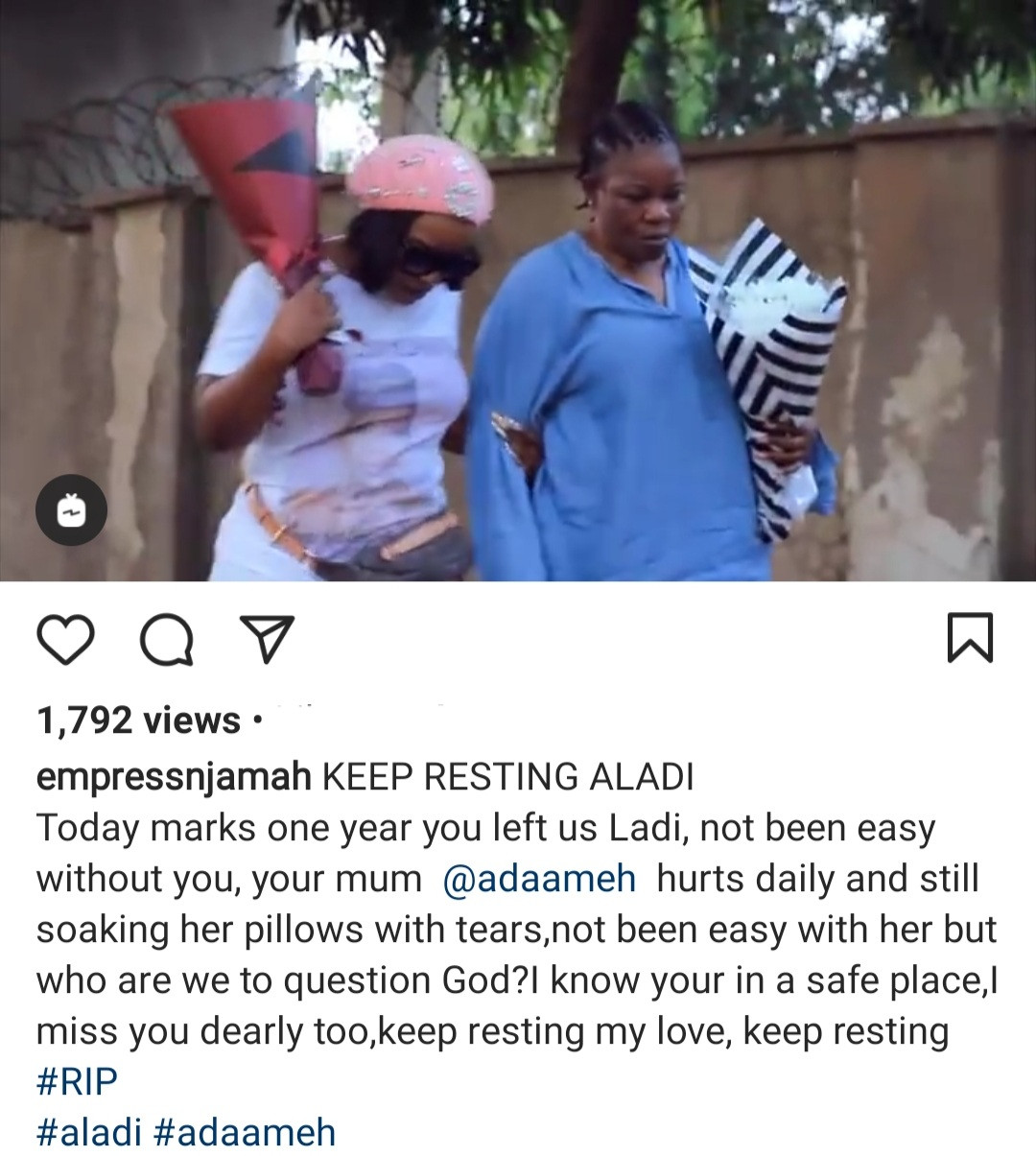