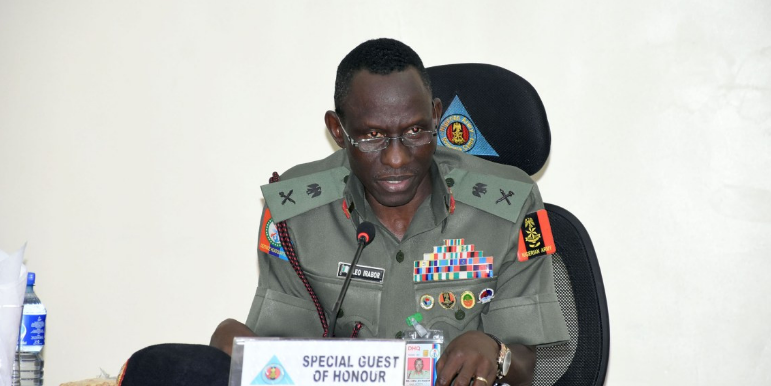 Nigeria’s Chief of Defence Staff, General Lucky Irabor, has stated that no repentant and de-radicalised Boko Haram fighter is in the Nigerian Military or sister security services.

General Irabor stated this while speaking at the opening of Operation Safe Corridor stakeholder meeting to work out modalities for transferring rehabilitated clients to their state government authorities.

Irabor who was represented by the Chief of Defence Logistics Major General MA Yekini, commended President Muhammadu Buhari for giving the repentant Boko Haram insurgents the opportunity to lay down arms.

Further, he revealed that there are stringent measures to ensure that no repentant Boko Haram fighter is absolved into any security agency.

“Counter insurgency operations entail a complex mix of activities and approaches to whither down the adversary, which is why the Armed Forces of Nigeria has continued to sustain the pressure on the insurgents through the application of force, other non-kinetic measures are also required to engender the achievement of the desired results”.

Yuletide: DSS Warns Lawmaker Over Risk Of Being Kidnap

FG Reacts To Invalidation Of Marriages Conducted In Ikoyi Registry