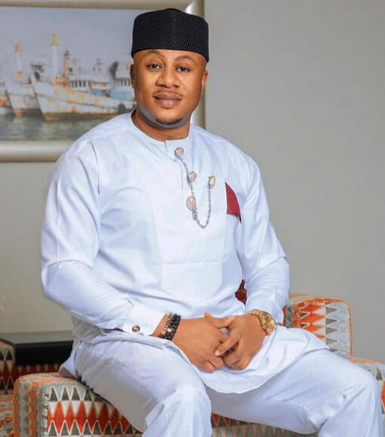 Opeyemi David Falegan has threatened to sue Unicef Nigeria for tagging him as a scam.

Falegan, who is Nkechi Blessing’s former husband had been raising funds for @Unicef, however, his agenda was declared a fraud by Unicef Nigeria.

UNICEF Nigeria had distanced itself from the fundraising Falegan said was for victims of the Ukraine war.

”An update about fundraising activities for UNICEF.

“We are aware that funds can be raised for UNICEF with the Instagram feature that allows users to raise funds for an organization of their choice. However, no aspect of the fundraiser should include an unauthorized promotion, support, or fundraising for another organization.

“We discourage intended or unintended affiliations with organizations we do not have a partnership with.

“In instances where this occurs, UNICEF can issue an alert through our office in the country where the unauthorized activity took place or where the organization operates in.”

Note: We have taken down the post with the scam alert as the fundraising activity in question has been discontinued.

Reacting to this development, Falegan wrote

” @unicef_nigeria You cannot take down the scam alert post made about me without proper procedure or due process , u knew u made a blunder , cos I never made a fundraising with u, I did with @unicef which was the main organ of @unicef for Ukrainians war victims which was allowed and acknowledged.

“Also, it is so unfortunate that, major newspapers include @punchnewspapers @tribuneonlineng and major blogs could publish such malicious and damaging information that tagged me as a Scammer without investigating such information but rather rely on fabricated and shoddy information from uninformed @unicef_nigeria UNICEF_Nigeria. Which shows there is no proper synergy between the 2  organisations @unicef and @unicef_nigeria .

“The hatchet write up by the UNICEF_Nigeria and its Sponsors has not only portrayed I,  Hon. Opeyemi David Falegan as a Scammer in the Public alone but it has deprecated my untainted image in Ekiti State, Nigeria and Worldover. This is pure gross of irresponsibility on your part and it shall be lawfully handled.” 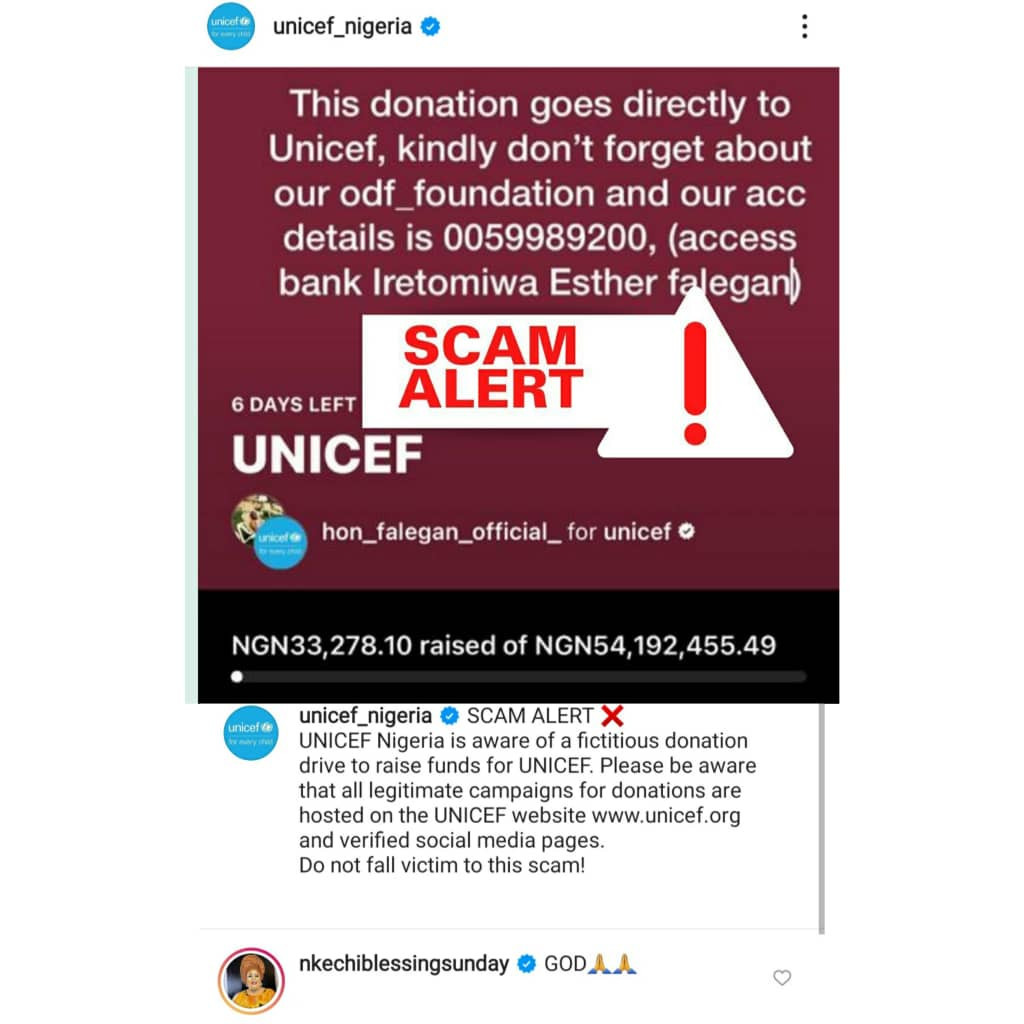 My Father Is An Awful, Useless Man-Chioma Toplis

Men Don’t Have Monopoly Of Being Rich, Successful- Ifu Ennada