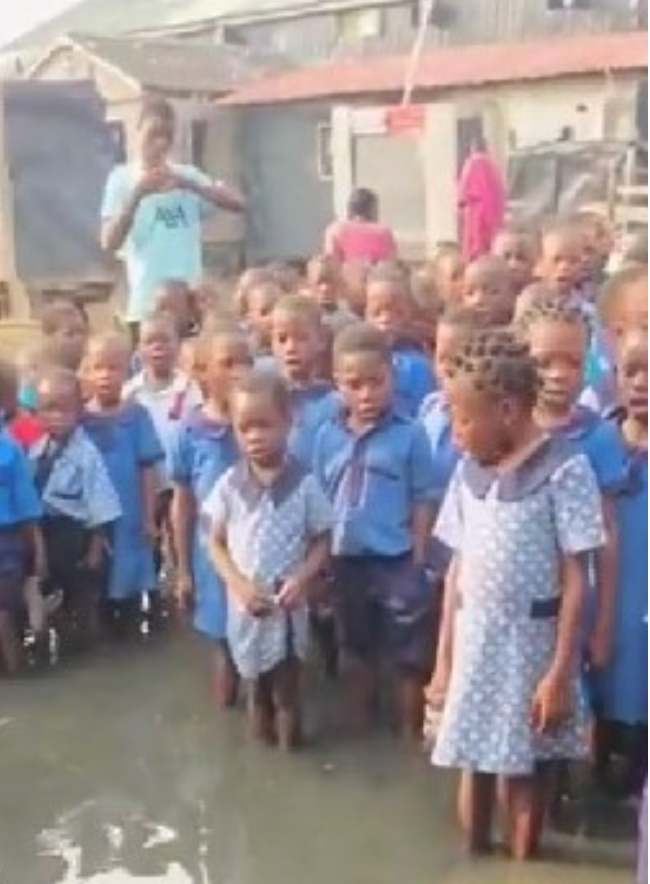 Nigerians have reacted negatively to a viral video in which children of an unidentified school were spotted singing the National Anthem in a flooded compound.

The children who were in their uniforms were spotted unperturbed as they sang the National Anthem with the flood almost getting to their knees level.

Reactions on social media has been one-way, as critics call for the head of the head of school and management of the school.

Others also expressed concern about the children wondering if they won’t be hurt by wild water animals like Crocodiles. 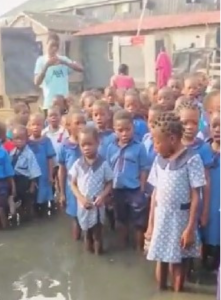