The last has not been heard of the drama that Burna Boy started.

Following his statement that no one paved the way for his music success except his family and Fela, he got heavily criticised by music pundits who called him arrogant and proud.

However, Uti Nwachukwu has come to the defence of Burna Boy. Reacting to the backlash Burnaboy received for his statement, Uti asked Nigerians to put respect on Burna’s name.

According to him, Nigerians ought to thank Burna Boy for putting respect on Nigeria’s name internationally.

Uti took to Instagram today to reiterate this writing:

If Burna says he is the Greatest, ask yourself why you are offended for his positive declaration if you’re not a Witch!!!
•
If he says nobody paved The way for him apart from Fela, why would you even question or fault that statement?!! Are you in the entertainment industry ??? Do you What it’s like out here ??? •

Any small thing pride pride pride !! Forgetting that if his music was shit or if he wasn’t successful , most of yall wont even pay attention to him in The first place  Most of you just want people to blow as long as u are in control or feel responsible for their success
•
FYI He didn’t call no names so he didn’t put anyone down!! And If you have ever said amen in church when pastors pray : “you’d be first amongst your equals! You will be No 1 and always be the first choice “….. and u have a problem with his declaration, THEN YOU ARE A BIG HYPOCRITE!
•
I repeat! PUT SOME RESPECT ON BURNA’s NAME

Below are the tweets UTI shared on the matter a day ago. 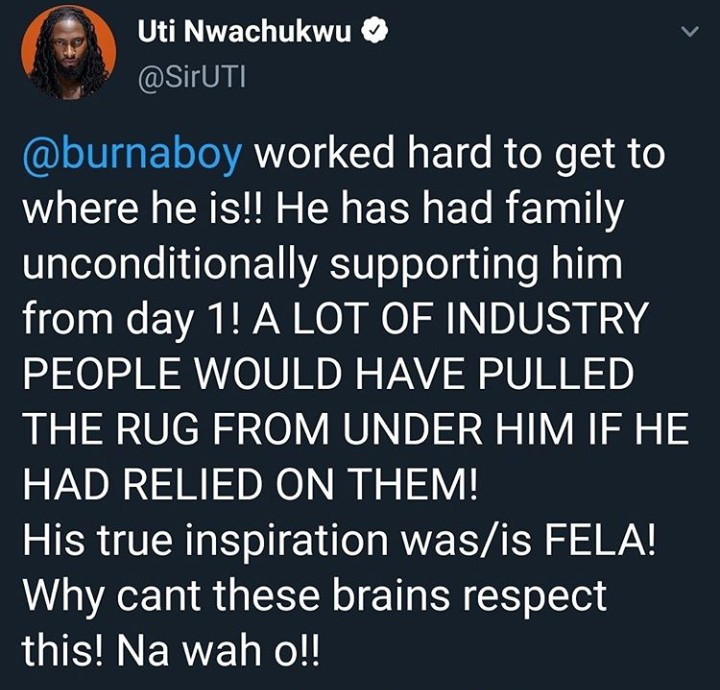 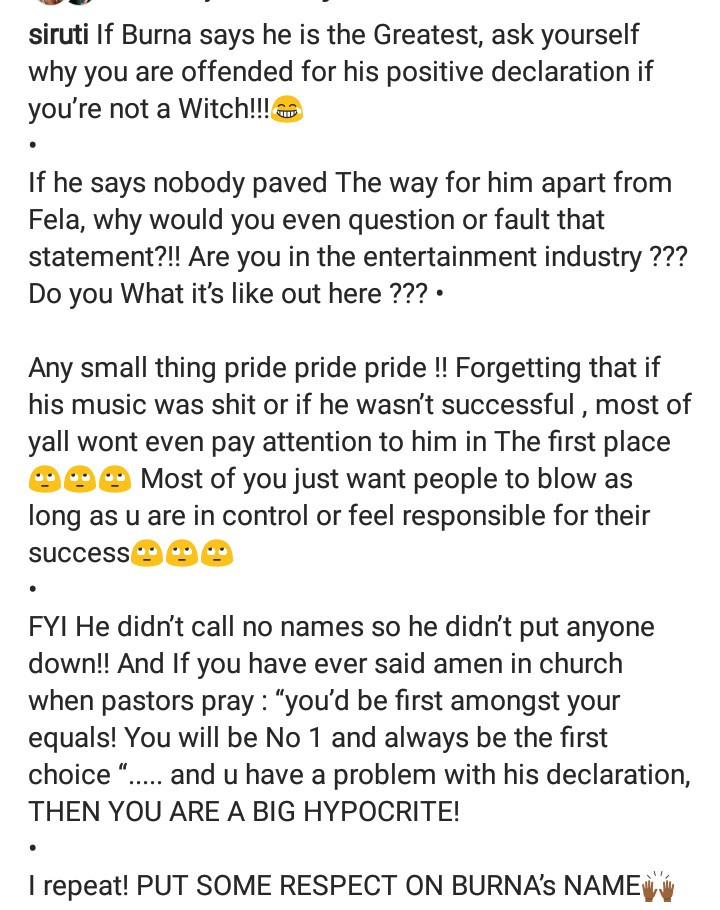 Related Topics:Burna-BoyFelaUti Nwachukwu
Up Next