Commander Ikonso, the Vice President-designate of proscribed Indigenous Peoples of Biafra (IPOB), has been killed.

He was killed in a joint operation by the Nigeria Police Force, the Nigerian Army, and the Department of State Services.

No casualty was however reported among security forces that attacked the IPOB camp.

Reports monitored have it that six other fighters of the militia group linked to the IPOB were also killed, while two other members were arrested in the joint operation.

Security agents said the late IPOB commander coordinated all the operations of the group in the southeast. He was said to have spearheaded the attack on the Imo police headquarters on April 5 and several other attacks on security and military personnel and facilities.

The operation on the IPOB camp was executed on Saturday morning, April 24, in Awomama Village, Oru East local government area of Imo State.

However, three policemen and one army officer are said to be receiving treatment having sustained serious bullet injuries during the exchange of gunfire.

Several sophisticated weapons including six AK-47 rifles, hundreds of ammunition of different calibre, and charms meant to ward off bullets were recovered from the gunmen. 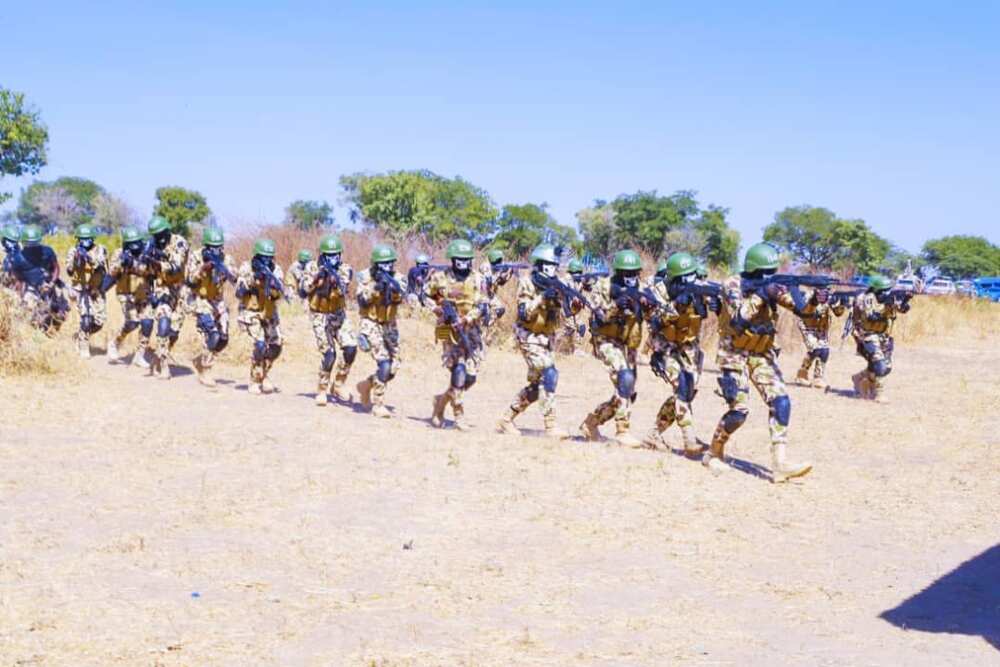 Related Topics:Commander IkonsoIndigenous Peoples of BiafraIPOBNigerian Army Kills Vice President Of IPOB; Six Others
Up Next