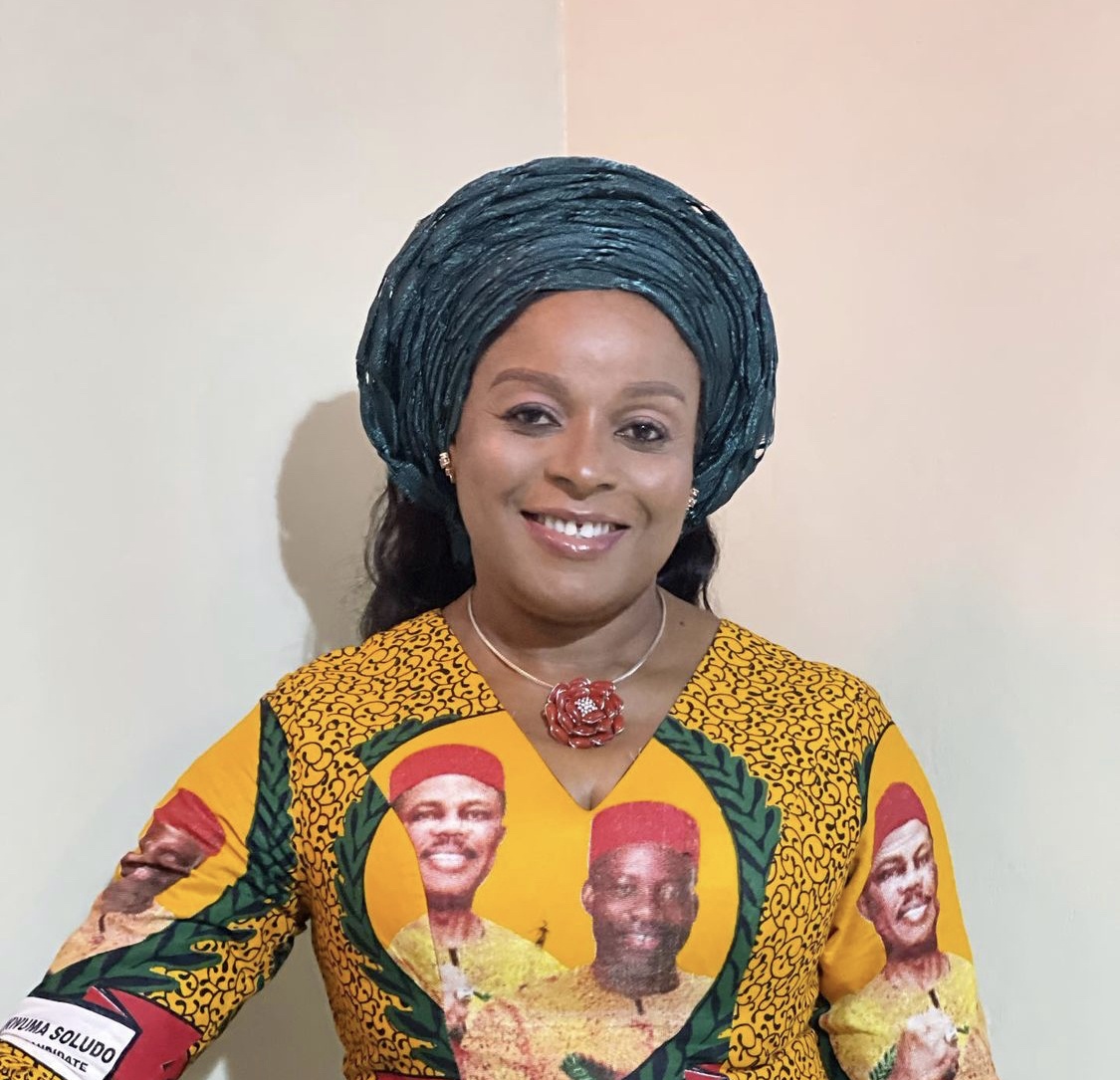 In matrimony, victory or otherwise has a way of rubbing off on a couple.

If the husband or wife is doing well, the dividend directly or indirectly is often to the benefit of the duo.

Nonye Soludo, the founder and Chief Executive Officer of Healthy Living Foods Limited based in the United Kingdom (UK), understands this theory and it explains the big smile that has been on her face since her husband, Charles Chukwuma Soludo emerged victorious in the gubernatorial election of Saturday, November 6.

Mrs. Soludo is, however, not just someone who is set to benefit where she did not sow as she participated actively in her husband’s campaigns, promising to empower women and children across the state if he wins the election.

Already considered an important personality, the woman whose business interests cut across several sectors including real estate and the food industry is set to climb higher in the hierarchy of the state and indeed Nigeria as she joins other first ladies in the Nigerian Governors Wives Forum (NGWF).