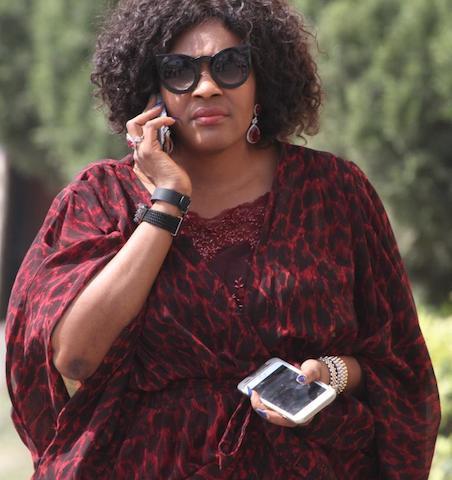 The last has not been heard of the fraud trial involving Chukwuemeka Ekwunife and Ngozi Ekeoma, boss of Nepal Oil and Gas.

Recall that Ekwunife was dragged to court by the Economic and Financial Crimes Commission (EFCC), following a petition by Ekeoma for allegedly stealing the sum of N168.5m from several companies belonging to her.

However, in a twist during the trial, Ekwunife accused Ekeoma of defrauding the country to the tune of $10m via several subsidy frauds.

In a petition to the EFCC dated October 22, 2018, through his solicitors, George Ikoli and Okagbue, petitioned the EFCC revealing an alleged $10m subsidy fraud committed by Ekeoma sometime in 2011 and 2012.

Accompanying in the petition titled: “Complaint Of $10m Subsidy Fraud Perpetrated by Ngozi Ekeoma and Nepal Oil and Gas”, acknowledged and received by the EFCC on November 6, 2019, were attached documents confirming the fraudulent operational activities carried out by Ekeoma and her company.

According to the former Sterling Bank employee who resigned in 2014, Ekeoma pleaded with him to join her business, help her provide credit facilities for her companies, and also used him to facilitate false documentations in Liberia in order to steal millions of Naira from the Federal government of Nigeria through subsidy scheme.

Meanwhile, at the resumed hearing of the trial at a Lagos Special Offences Court, Ikeja, a bench warrant was issued against the Chairman of Amni Petroleum Limited, Tunde Afolabi.

Afolabi, a defence witness had consistently failed to appear in court despite being subpoenaed to testify in the suit.

Addressing the court, the defence counsel, Eubena Amedie, expressed displeasure over the continued nonappearance of Afolabi urging the court to issue a bench warrant on him.

According to Amedie, it is not appropriate for the counsel to the witness, R. M Onweka, to tell the court that his client cannot come to court due to lack of financial arrangement by the defendant to enable him to appear as a witness.

“The subpoena was served on the witness since last year, sometime in December 2020 and a reminder was also sent on September 6, 2021. We also wrote another reminder on September 28. So it’s not right to come to court today and find the witness absent again.

“My Lord, at this time, we would be asking for a bench warrant to be issued against the subpoenaed witness under Section 186 of the Administration of the Criminal Justice Law (ACJL) 2015.

In the same vein, a defence witness, a financial consultant, Anthony Abraham, who had earlier testified before the court, said that there exists a relationship between a former banker and the businesswoman, Ekeoma, in an alleged subsidy fraud that took place in Liberia and Nigeria in 2014.

The consultant said that he met Ekwunife in Liberia when he came to open accounts and register some companies.

Abraham said that he was introduced to Ekwunife by a former client and a friend, who he claimed not to remember his/her identity.

Further, he said that he had known Ekeoma as a friend long before he knew Ekwunife, whom he only met while he was working in Liberia with a bank, First International Bank.

The witness, while being led in evidence, said,”I was working in Liberia with a bank called First International Bank when I met the defendant, Chukwuemeka Ekwunife.

” He came to do business in Liberia with intentions of opening accounts and registering some companies. If I recall, He was introduced to me by a former client and friend of mine, who I can’t really remember”.

Asked if that friend was Ekeoma, the witness said he can’t remember.

However, the defence counsel showed a document, containing several emails of transactions which he sent to Ekwunife and copied Mr and Mrs Ekeoma, to the witness and asked him to identify it.

”The emails were sent as a result of transactions in an account, Dexter Oil Limited, which was opened by Mr Emeka in Liberia and the account was opened with the same name.

“After it was opened, I wasn’t the direct account officer but an officer was assigned. Though I had an overview of the transactions. The account received both inflows and outflows. Mr Emeka was the sole signatory of the account and instructions would normally come from him to run the account.

“I was asked to copy Mr Ugochukwu, who is also a Director in Dexter just as Ekwunife, and then copy both Mr and Mrs Ekeoma in each mail”.

On why he copied Ekeoma if there was no business relationship, the consultant replied, “I was asked to copy these people and I literarily don’t know all of them.

Thereafter, Ekwunife, in his defence, said that he helped the businesswoman register several companies in Liberia to enable her carry out various importation of petroleum products particularly Premium Motor Spirit (PMS), under the petroleum scheme fund (subsidy scheme) with the FG.

“These companies were used at various times to carry out trading and documentations related to subsidy by the Federal Republic of Nigeria.

“We (referring to himself and Mrs Ngozi Ekeoma) used these documentations to carry out fraudulent activities by using documents formulated outside the country to perform trade in Nigeria that were not suppose to happen”.