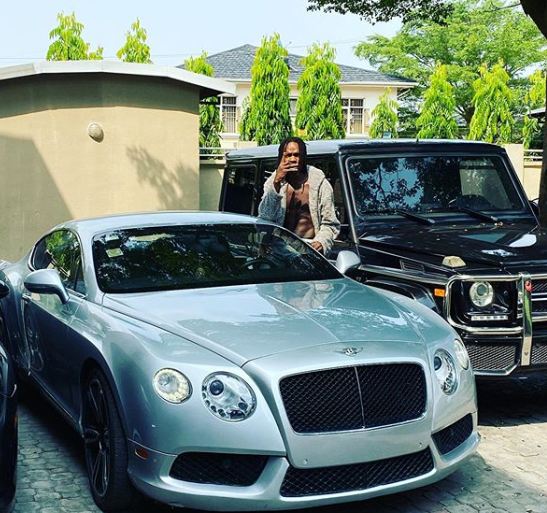 Naira Marley has rubbished claims that he stole a Toyota Camry vehicle.

Following the allegation, the controversial singer said the story was a lie as he had more expensive cars.

Living up to the billings of his words, he has now showed off his newly acquired Bentley.

He captioned the new photo of his Bentley saying, ‘I don’t normally do this, I don’t like flexing on people that don’t have but y’all teaching me how to show off’.

Chief Magistrates’ Court in Lagos has ordered the arrest and arraignment of the artiste.

The Chief Magistrate,  Tajudeen Elias, ordered that the Investigating Police Officer, Sgt. Sunday Idoko, must present Naira Marley in court on December 21, when the case would be listed for further hearing.

Why I Want To Leave Social Media-Simi