According to the singer, his desire is to someday “do it” with a mother and daughter together.

Describing his specification of the mother and daughter, the singer said that the mother must be about 40 years, while the daughter must be 18 or above.

Other sexual fantasies revealed by the singer include wanting to have sex with a woman while she’s on the phone with her man, and also having sex with his girlfriend in a cab driven by an Igbo man.

The singer shared his sexual desire in a post on Instagram Stories in the early hours of Friday, May 21. 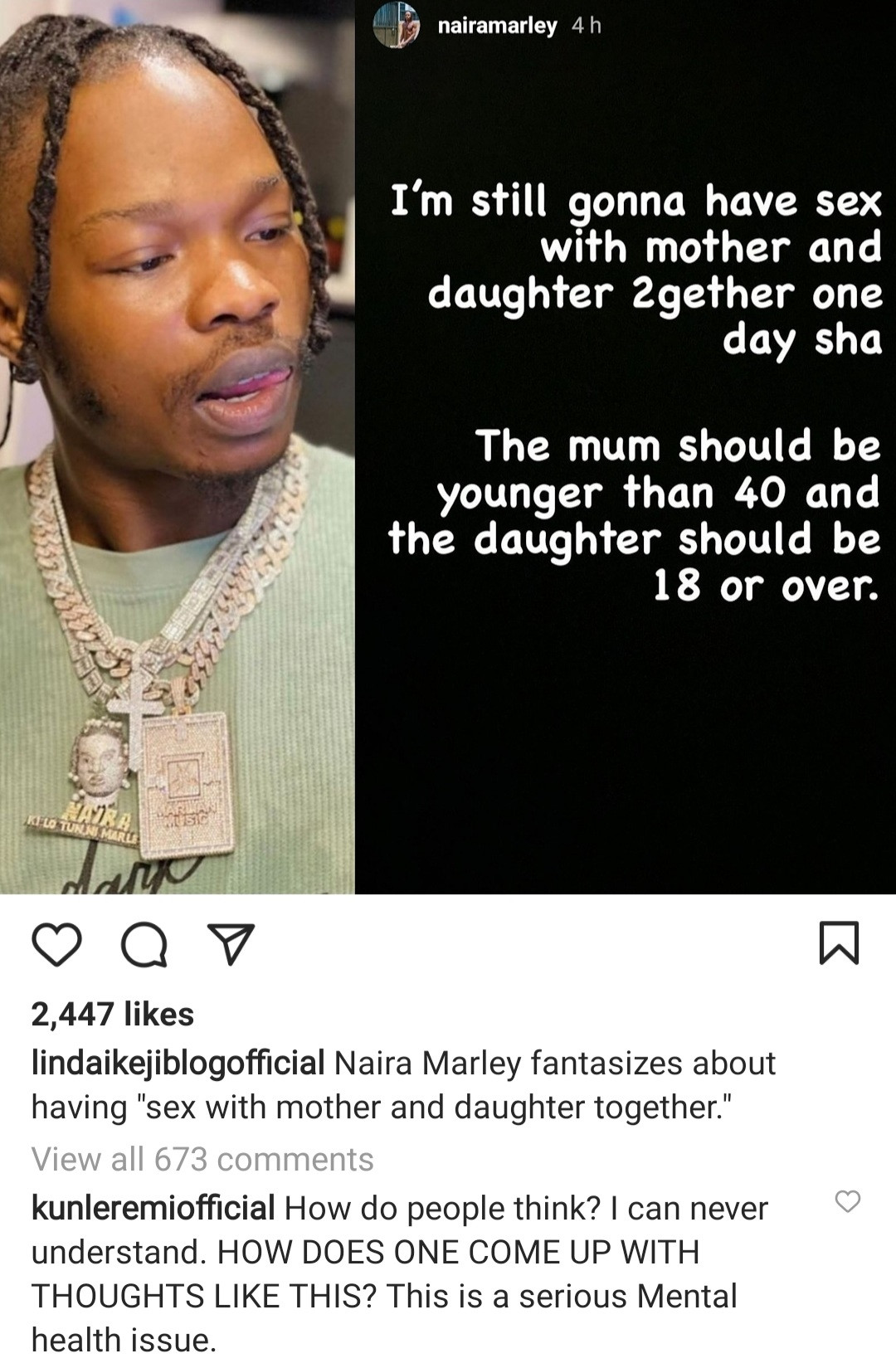