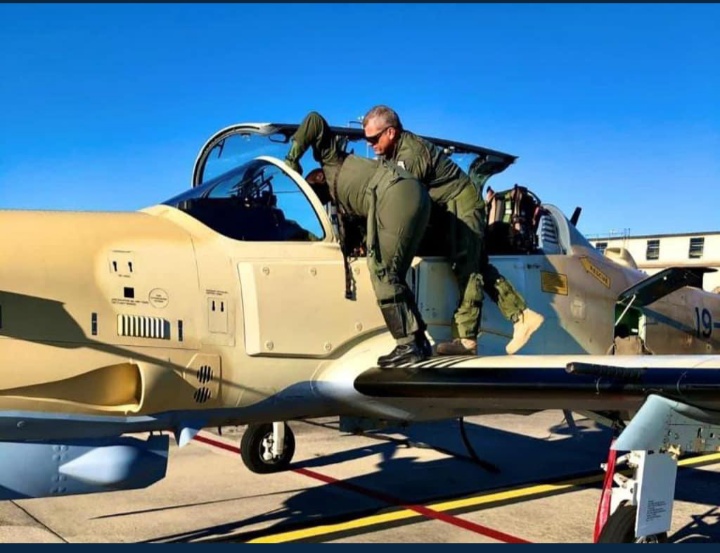 There is serious trouble for members of Boko Haram, as select Nigerian Air Force pilots are currently in the United States of America understudying their counterparts in the country.

They are expected to understudy on how to effectively fly the Tucano helicopters which will arrive in Nigeria soon. 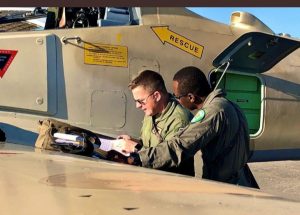 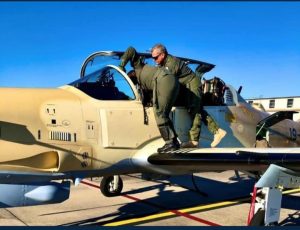 The super Tucano is famed for its precision-guided missiles/bombs, and machine guns which military experts say will be deadly for rag-tag criminal elements in Nigeria.

Nigeria has been acquiring more platforms for its troops to conquer terrorism and banditry especially in the northern region.

In preparation for its induction into its service, the Nigerian Air Force is already establishing more Forward Operating Bases in the country.

The Buhari administration has been investing in military equipment to assist the armed forces in defeating terrorists.

Recall that the Nigerian government placed an order of 52 Ezugwu, a locally made Mine Resistant Ambush Protected (MRAP) vehicle to be delivered to the Nigerian Army and deployed to troops in the frontline fighting Boko Haram and ISWAP terrorists in the northeast.

The Nigerian-made MRAP is named after Major General Victor Ezugwu, who earned recognition for his efforts to combat Boko Haram extremists.

The new vehicle is manufactured in collaboration with the Nigerian Army Command Engineering Depot (CED).

The 4×4 Ezugwu is powered by a Chinese WD615 turbodiesel engine while its flat-bottom armored hull provides protection against small arms fire and an explosion of 7 kg TNT and each wheel can withstand a 12 kg TNT explosion.