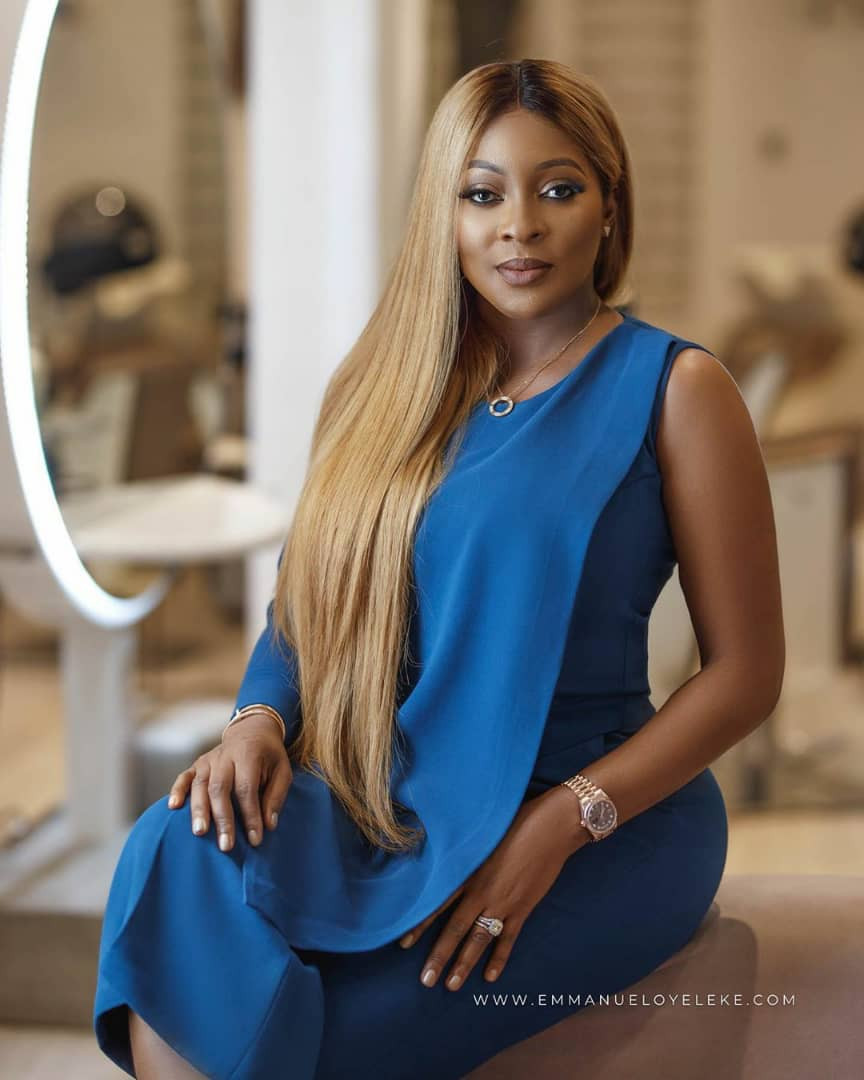 There have been several tales to the death of billionaire businessman, Keniebi Okoko who died on Tuesday, April 14th, following a botched liposuction surgery.

One of the most popular is that the man was led to his death in a hospital in Lekki, Lagos by Akunna Nwala, the Chie Executive Officer (CEO) of luxury hair brand, Kukushair.

To clear her name, Akunna has released a statement denying the popular rumour that she led him to the surgery without his wife’s consent.

Read her statement below…

My family and I have been aware of the manifestly contrived falsehood being peddled against me, Akunna Nwala, as playing a key role in the demise of our family friend, Pastor Keniebi Okoko. Nothing could be further from the truth. Ordinarily I would not join issues with anyone or address any matter of this magnitude on a public domain.

However,  this concerns human life and also about great loss to a woman like me.  It is also a disappointing report of my person to the people who look up to me, what I stand for, to all my beautiful Clients and fans.

I had kept silent for the better part of this whole charade, but since our dear family friend has been laid to rest (may his soul continue to rest in peace),  I feel it is high time I speak out.

I, Akunna, grew up on the campus of University of Nigeria Nsukka, and while we lived there, Mrs Ihuaku Okoko (Nee Eke) wife of Mr. Keniebi Okoko, was our next door neighbor and we were family friends.

I was good friends with her younger sister and Sis Ihuaku was a big sister/mother figure to me.

We reconnected again in Lagos, as old friends, business clients and later on our,  husbands went on to build a beautiful friendship that extended to late Pastor Keniebi’s father and mother.

While I was in the UK spending time with my family just before the lockdown, The late Pastor Kenebi Okoko and his wife had independently decided and agreed to have cosmetic surgery in Nigeria, and in the course of making enquiries regarding cosmetic surgeons in Nigeria, they decided to ask me, Akunna, knowing that I could be a good resource.

I’ve been made aware of a few of such Physicians in Lagos on the basis of my respectable standing and good influence in the beauty industry in Lagos and in addition, owning a beauty Spa where non evasive procedures are carried out.

When Pastor Keniebi and Mrs Ihuaku reached out to me, Mrs Ihuaku expressed the fact that they were dissatisfied with their looks and wanted to perform cosmetic surgery for enhancement, and that most importantly they needed to do the procedure during the Covid-19 Pandemic lock down to enable them celebrate her 50th birthday in style like any other couple reaching a milestone age.

Remember that with or without my input the couple would have still gone ahead with their intended surgery bearing the couple being much older than I am my opinion would make little or no difference . Prior to this they had reached out to a few others with regards to possible options in Lagos.

I then went ahead and mentioned the names of 2 physicians I knew of and was aware of procedures they had successfully done in the past,( there was no part of these conversations or communications that my husband and I were not privy to).

Again, husband and wife,- Mr and Mrs Okoko, based on their consultations with the physicians, and as adults, saw the conditions of each of their clinics, decided and agreed on which one of the two surgeons they were more comfortable with.

On the morning of 14th of April 2020, Pastor Keniebi Okoko and Mrs Ihuaku Okoko called my husband and I to inform us that they were already at the hospital together where he was being prepared for the surgery.

On the invitation of Mrs. Okoko to keep her company I went in briefly by 10am to say hello to the couple as the Surgi-center was in our neighborhood. It is important to state here that as at 11am that I left, he hadn’t gone in for surgery, I had to leave as some domestic matters needed urgent attention, I was grateful to be relived and allowed to leave when a Mrs. Chioma Ude, who Mrs. Ihuaku Okoko introduced to me as her cousin came in to keep Pastor and Mrs Keniebi Okoko company.

At 9pm that same day, My family and I were in our home when we heard the shocking news that our friend Pastor Keniebi had passed on from complications during his surgery.

My heart goes out to Sis Ihuaku Okoko, understanding the shock and pain she must feel, in that she drove into that hospital with her husband and had to leave without him.

To my shock and that of my husband, shortly afterward, various versions of stories began to filter out that I was responsible for taking him without the knowledge and consent of his wife for the surgery and was therefore to blame for his death, to which his wife Mrs. Okoko called me to apologize and denied any involvement with these claims, all these are on record.
All these malicious claims, obviously, are completely false.

The relationship between my family and that of Pastor Keniebi Okoko, until his unfortunate passing was cordial and was not one of a benefactor/ beneficiary relationship, which was proven times and again during his lifetime.

As family friends, we have fellowshipped together at Pastor and Mrs Keniebi Okoko’s home on the invitation of Mrs Ihuaku Okoko and shared a bond that was altruistic and Christ-like.

There was no aspect of the conversation between Pastor Keniebi, his wife and myself, concerning the surgery that my dear husband was never privy to.

I have taken my time to express our relationship with this family and I am heavily burdened by not only the loss of a dear family friend but that people could use some one’s death and another’s loss to garner traffic, I start to wonder, ’where is the humanity in all of us’.

Thinking out loud on behalf of the few enlightened ones, how would I have been involved in the death of a billionaire as alleged and I haven’t been called upon by any authority or the immediate family or questioned? Hopefully, the mischievous group would help us answer this!

On the strength of the foregoing, I ask that all persons and media platforms peddling false narratives against me , kindly cease and desist from doing for forthwith, as further publications of these false stories that has brought both reputational and financial damage to me, may attract legal redress.

Our family lost a good friend, it is a huge burden on its own .

However, his wife and children lost a loving husband and father.

We pray that they all be left alone in peace  to mourn this irreparable loss.