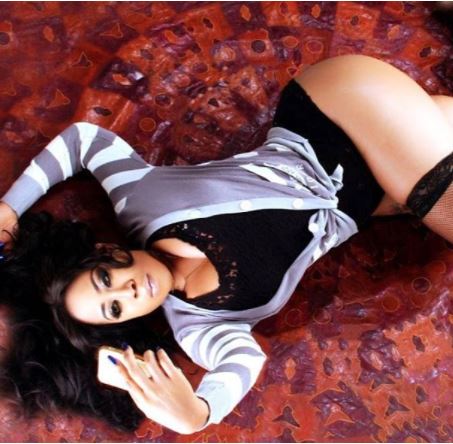 For some time, actress Moyo Lawal has played down sharing sultry pictures.

In an exclusive interview with www.theoctopusnews.com, she revealed that she was taking a break from controversy and the movie industry to rest. And indeed, she has been resting until recently.

Well, Lawal is back and she is indeed back with a bang. The fair-complexioned and endowed petite actress is back with sharing imaginary pictures of herself. This was an act she used to do, but decided to halt for a while.

What has motivated the return is however unknown to a lot of people, as the actress terms sharing the picture having fun.

In the past, she has been heavily criticized by both fans and critics alike, but apparently anything Lawal sets her mind on she does irrespective of criticism.