A suspected phone thief was beaten and set ablaze by a mob in Idjerhe community, Ethiope West Local Government Area of Delta State.

The suspect, considered a member of a two-man gang accosted a lady with a toy gun and snatched her mobile phone and undisclosed sum of money.

When the victim discovered that it was a toy gun, she raised the alarm and the suspected robbers fled.

Youths in the area caught one of them, beat him to death before setting his body ablaze. 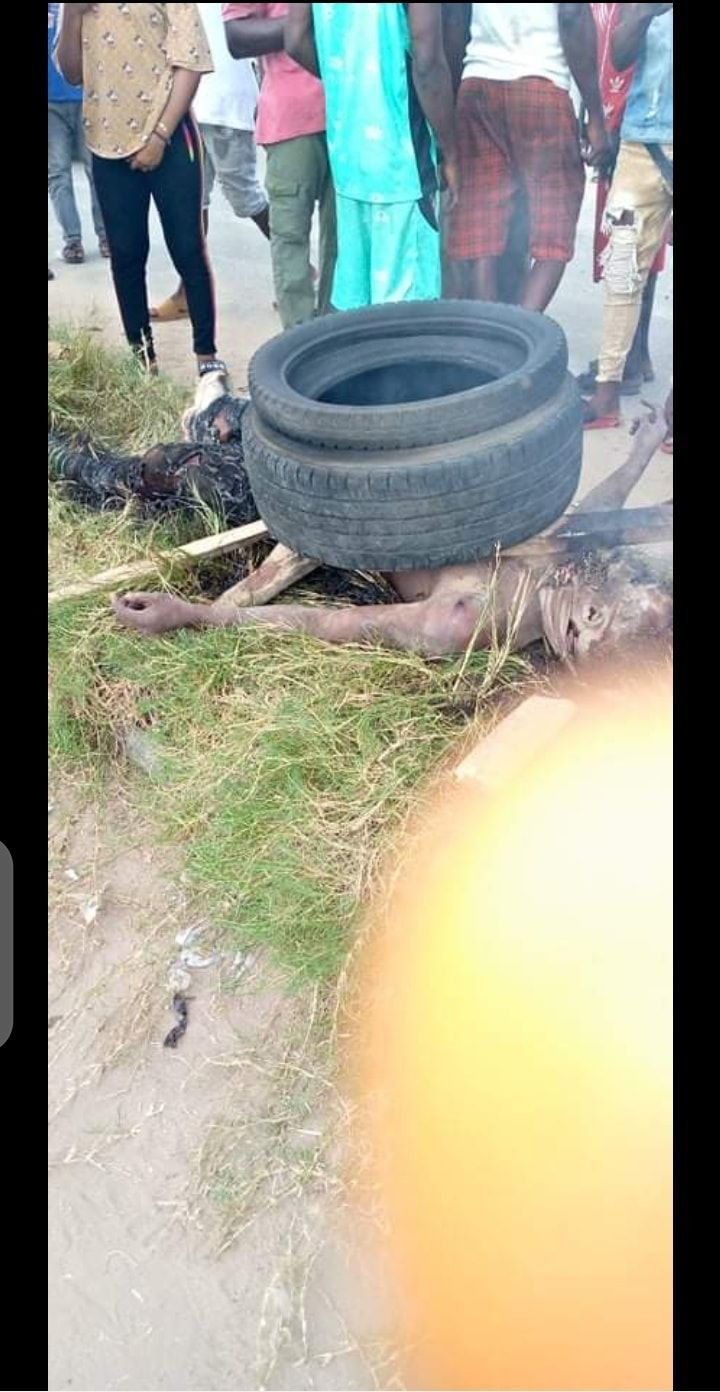 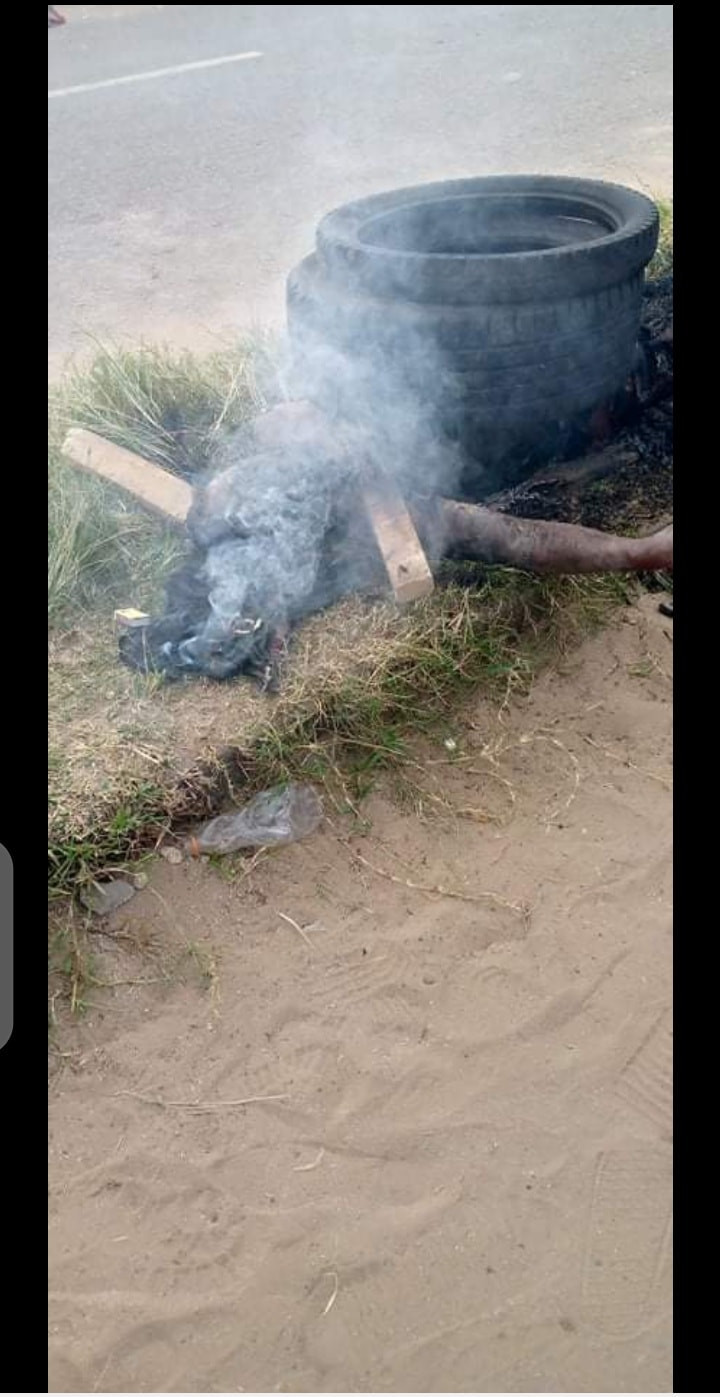