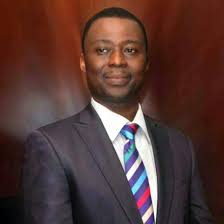 The General Overseer of Mountain of Fire and Miracles Ministries (MFM), Pastor Daniel Olukoya, has attributed negative reports about him to a former pastor of his church.

According to him, there is an alleged plot by some people to destroy the global image of his church.

A statement released by Dr. Olukoya’s media aide, Collins Edomaruse, alleged that a former pastor who was stopped from ”stealing” a branch of his church in Maryland, United States is behind the attempt “to tarnish his reputation”.

The statement further alleged that the Pastor “conceived this lie as his defence to a civil suit the church brought against him in the county court in Maryland.”

The MFM General Overseer countered some of the allegations made against him and further denied claim of his church’s trustees being suspended in the UK.

“It has become pertinent for the purpose of clarity to respond to the false allegations being peddled against the Mountain of Fire and Miracles Ministries and our General Overseer – Dr. D. K. Olukoya in the social media.

“These allegations are seven (7) in number namely: No. 1 That Dr. Olukoya falsely claimed residence of US city of Maryland. Nothing can be further from the truth. Dr. Olukoya is a public figure nationally and internationally. His domicile is therefore a fact of public knowledge. The true position is that the Pastor who wanted to register MFM in Maryland inserted Dr. Olukoya’s name without prior consultation with or knowledge of the G.O because he believed that Dr. Olukoya should be involved but after he consulted a lawyer and received advice that a person’s name cannot be on the incorporation documents unless he is resident in Maryland, that registration was put in abeyance and allowed to lapse. The Pastor is still alive and all the evidence are there for all to see at the Company Registry in Maryland.

“No. 2 Allegation is that Dr. Olukoya Illegally Imported books into the United States and evaded payment of Customs duties on those books.

“This is also untrue. Dr. Olukoya’s books are sold on Amazon. It is fool hardy for anyone to suggest that he brought in his books to US illegally when he can and has been doing so legally. This false allegation was pioneered by a former Pastor of MFM who tried to steal MFM Branch in Maryland. He conceived this lie as his defence to a civil Suit the Church brought against him in the County Court in Maryland. This concocted lie could best be described as the wild thrashings of a drowning man intent on bringing everybody down with him. However, in defence of this allegation, MFM brought its book keeper to testify in court who produced all the receipts of payment and customs documents and, in the end, the Judge not only thrashed the wild allegation but gave judgement in favour of MFM.”