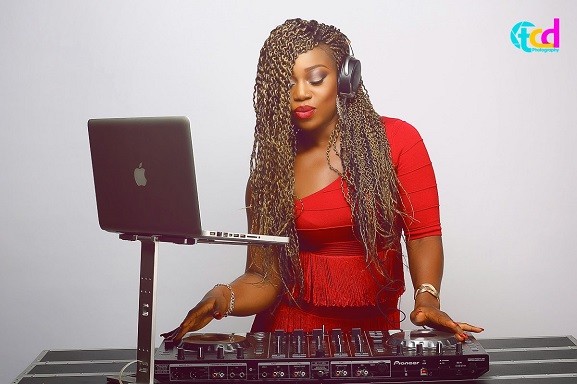 In Nigeria, the Disc Jockey business is dominated by men. There are however a few female in the game. We ex-ray five most sought after DJs 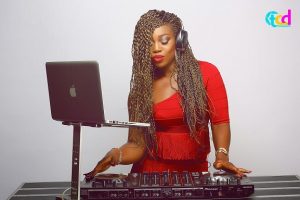 Dark-complexioned DJ Nana is perhaps one of the best female disc jockeys in Nigeria.

Born on May 14th 1990, the Kogi State lady is a product of the National Open University of Nigeria (NOUN).

She rose to prominence when she won the “Airtel/Barcaddi Cool FM DJ Competition” and has maintained a serious level of consistency motivated by DJ Jimmy Jatt.

That she once performed at events such as the median edition of Nigerian Idol, the 10th anniversary concert of MTN, the British American Tobacco Concert among others tells the stuff she is made of. 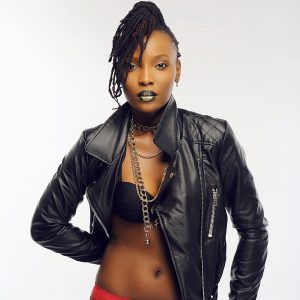 Popular as DJ Switch, Obianuju Catherine Udeh, rose to fame having won the first edition of GLO Xfactor in 2013.

With a winning of 24 Million Naira, DJ Switch, had the world to herself. As such, she started a rapid climb on the ladder of success.

Born in 1987 in Udi Enugu state, the 34 years old single mother who welcomed a baby in 2005 is a graduate of Geography from the University of Port Harcourt.

Explaining the road to where she is currently, DJ Switch said “I never had a mentor. If I had a mentor, it probably would have been easier. So getting into the industry, I just feel it was God’s plan. I’ve worked really hard. I’ve done it on my own.”

Despite not having a mentor, DJ Switch has risen to fame. Today, she has a huge fan base. 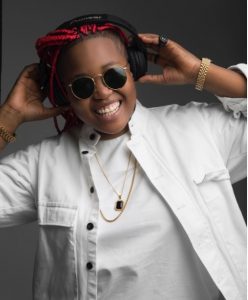 Talk of one DJ who is imposing both on the wheels of steel and physically and you will be referring to DJ Lambogini aptly called DJ Lambo.

Real name Olawunmi Okerayi, DJ Lambo is a graduate of English and Literature from the University of Abuja.

A tomboy, the plus size lady started the job at a tender age, having been inspired by her father, the famous DJ Tony Lewis.

Asides being one of the most sort-after DJs, DJ Lambo who is signed to Loopy Music has worked on several projects.

A DJ with several awards, she has also been nominated for Best Female DJ in Africa in the African Global DJ Awards (AGDA).

One of her notable productions “The Motion” features an all-female mix of Nigeria’s top acts such as Seyi Shay, Cynthia Morgan and Eva Alordiah. 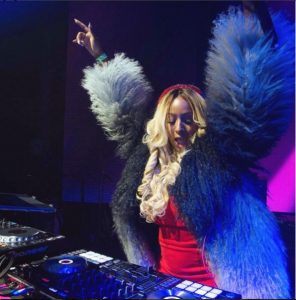 Considered an international DJ of repute due to the fact that she has hosted some international events, there are those who would beg to differ.

Known for dropping compilations, in 2014, she dropped ‘House of Cuppy’, her first compilation mix in London and Lagos. Subsequently, she launched the same work in New York on September 2 of the same year.

A product of King’s College London University with a degree in Business and Economics, DJ Cuppy also hold a Master’s degree in Music Business from the New York University, USA.

In recent times, the DJ has dropped new joints including a collaboration with another billionaire act, LAX titled ‘Currency’.

Talk of achievements, DJ Cuppy’s list is a very long one. The DJ who was born on 11th November 1992, was the resident DJ at the MTV Africa Music Awards Durban in 2014, the official DJ for the 2015 Oil Barons Charity in Dubai, and the first African act to have ever performed at the event. She played at President Mohamadu Buhari’s Gala Night after he won the 2014 election.

In areas of honours, her awards also include winning the Best Female DJ category of the 2015 Nigerian Entertainment Award (NEA).

“When I stand behind the decks I feel like a brand new person, I forget about everything, it’s an escape,” the entertainer who found disc jockeying at the age of 16 was once quoted to have said while explaining what the job means to her. 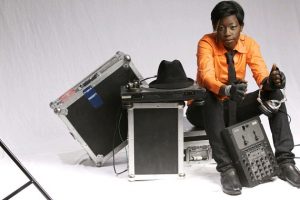 The duo of DJ Nana and DJ Mystelle share something in common. They were both trained by masters in the game.

While DJ Nana was trained by DJ Jimmy Jatt, DJ Mystelle whose real name is Bimbo Idowu is the protégée of DJ Humility.

Aside being a disc jockey, the turntable witch is also a musician, having dropped collaborations with artistes such as MI and Yemi Sax.

Since going solo, DJ Mystelle has won the hearts of many of her fans especially those who have been fortunate to meet her performing in clubs.

Some of her gigs include her performance at Goodluck Jonathan’s ‘The Presidency and the Entertainment Industry Dinner at Eko Hotel and Suites.