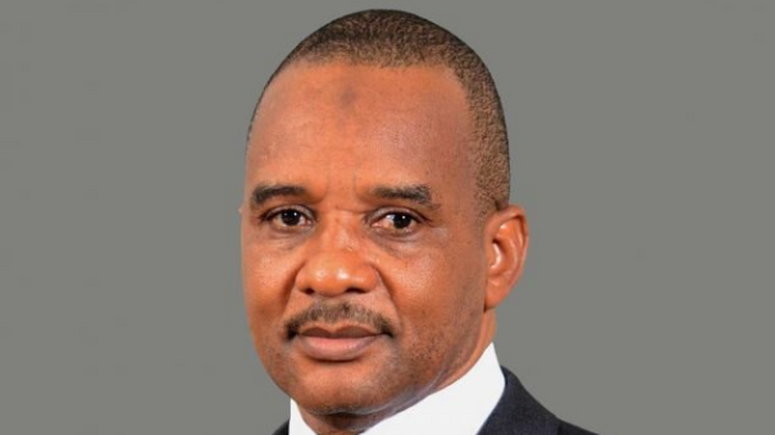 President Muhammadu Buhari has removed Dakuku Peterside as the Director-General of the Nigerian Maritime Administration and Safety Agency (NIMASA) after a series of controversy. He was replaced by Bashir Jamoh, the present Executive Director, Administration and Finance at NIMASA.

Jamoh has 32 years of professional experience in the transportation and maritime sector. He joined NIMASA in 2003 as an assistant chief commercial officer, eastern and central zones and specialises in logistics and transport management. He started with the Kaduna State government before joining the then National Maritime Authority in 1994.

Aside from his official capacity at NIMASA, Jamoh is the current president of the Chartered Institute of Transport Administration of Nigeria. He holds a PhD from the University of Port Harcourt and a Master’s degree in management from Korea Maritime and Ocean University, a post-graduate diploma in management sciences from Bayero University, Kano, as well as a diploma in accounting from Ahmadu Bello University,  Zaria.

Peterside’s series of controversy: Before his removal, the former NIMASA boss had been involved in a confrontation with the National Assembly over his failure to appear at the chamber. On an occasion, when his presence was requested, he had sent a delegation, all of whom were sent out of the chamber.

Last year, as NIMASA boss, Peterside was threatened with an arrest warrant for his failure to appear before the lawmakers, who demanded answers for activities of a private security company and some government security agencies accused of collecting illegal fees for securing vessels at the Safe Anchorage Area.

A day before his removal, he ignored another summon to the National Assembly which was investigating activities of foreign vessel owners in Nigeria. His tenure was supposed to end on March 10, 2020.

The House of Representatives had also investigated NIMASA for allegedly failing to audit its account for six years.