Former Minister of Information, Prof. Jerry Gana, has defected back to the Peoples Democratic Party (PDP).

The 2019 presidential aspirant under the platform of the Social Democratic Party (SDP), alongside many of his supporters returned the PDP on Wednesday, April 7.

Prof. Gana who is one of the founding fathers of the PDP dumped the party after his candidate for the position of national chairman, Prof. Tunde Adeniran, lost at the 2017 PDP national convention, which produced Prince Uche Secondus-led National Working Committee (NWC).

He was reported to have alleged that there is no government in Nigeria while defecting with his supporters.

In March 2018, Gana, a member of the Board of Trustees of the PDP, had dumped the party for the SDP.

Addressing the party members in Bida, Niger State, during a reception to mark his return to the party, Gana said the country is nosediving and needs urgent rescue. 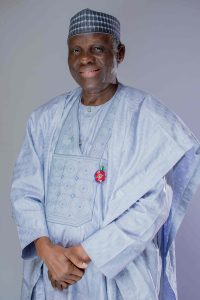 “I tell you, we are going to go around strategically, in such a way that the All Progressives Congress (APC) so-called government, whether in Niger state; is there a government in Niger State? Because many people are not aware, or at the centre? At the federal level, we don’t even have a government.”

Gana lampooned the ruling APC for not having a government in Niger State and at the federal level.

He said: “We want to work together because it is vital and unforgivable. This government that is so incompetent both at the center and the state must go.

“Therefore the primary reason that I have come back to the PDP is to help the party that won election in 1999 in this zone, you remember in Niger, Plateau, Kwara, Benue, Nasarawa, Kogi and everywhere it was PDP. And then suddenly I am told that the only state on the zone that is PDP is Benue. So we are back.”