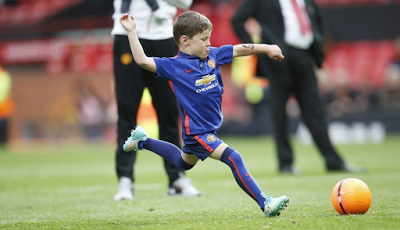 Wayne Rooney has been taking Kai to training at Carrington alongside fellow footballer Michael Carrick and his son Jacey who is also a member of the development squad.
A source told the Sun UK:

“Wayne and Michael really get into it when they bring their boys down. The kids seem to love it and have been coming down regularly in the week to train with the young development squad.

“It’s a bit funny because both their dads aren’t playing as much any more but these guys could be the club’s stars of the future.” 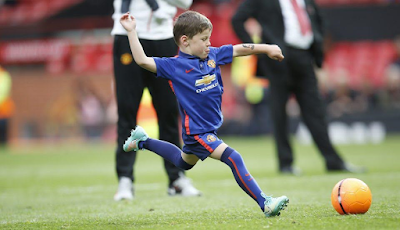 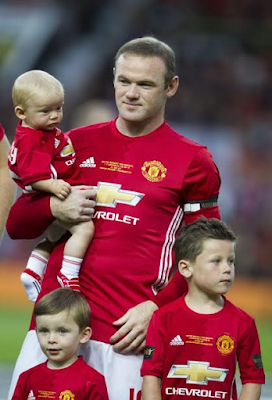