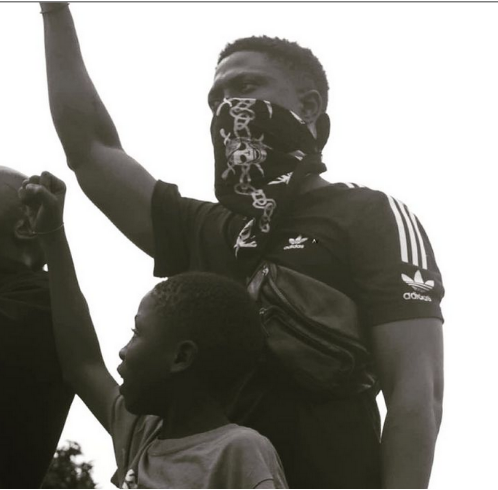 One of the men arrested by the Nigerian Police during the EndSars memorial anniversary which held at the Lekki Toll Gate on Wednesday, October 20 has spoken up.

Patrick Eholor, who flew in from Canada last week was arrested while speaking to journalists.

Speaking on his experience after being released from detention, Elohor described Canada as heaven, adding that Nigeria is he’ll.

Showing off his iPhone which he claimed was damaged by the police, he alleged that he was dehumanized by security operatives.

He also alleged that they were not given food or water by the police officers and that the station had no restroom. Eholor further stated that he was in heaven last week, and in hell this week.

Related Topics:EndSARSEndSars Memorial AnniversaryMan Who Flew Into The Country From Canada To Partake In EndSars Memorial Describes Nigeria As HellPatrick Eholor
Up Next

How Mass Communication Graduate Was Raped, Killed In Markurdi By Unknown Men